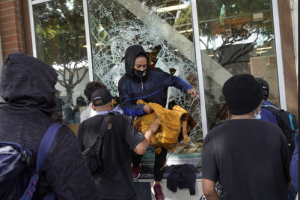 Businesses Trying to Rebound After Unrest Face a Challenge: Not Enough Insurance

New York Times—It’s a prominent refrain these days from activists in the aftermath of arson and looting — businesses have insurance. Buildings can be repaired. Broken glass is a small price to pay in a movement for justice.

One new book, called “In Defense of Looting,” for example, argued that looting is an essential tactic against a racist capitalist society, and a largely victimless crime — again, because stores will be made whole through insurance. The top editor of The Philadelphia Inquirer resigned amid outcry for publishing the headline, “Buildings Matter, Too.”

“‘People over property’ is great as a rhetorical slogan,” the paper’s architecture critic, Inga Saffron, wrote in that piece. “But as a practical matter, the destruction of downtown buildings in Philadelphia — and in Minneapolis, Los Angeles, and a dozen other American cities — is devastating for the future of cities.”

On the burned-out blocks hit by… Read More>>