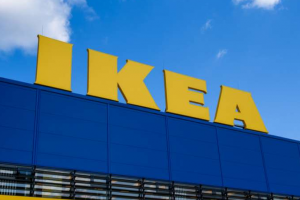 CNA—An IKEA worker in Poland has filed a lawsuit after being fired last week for posting Bible verses opposing homosexual behavior on the company’s intranet. The issue could just as easily have happened in the U.S. or anywhere else, which means that as a Catholic business professional it is important to clearly understand the matter.  The issue transcends geographical location.

Tomasz K is suing after he was terminated from his position at the furniture store in Krakow.

Poland Minister of Justice Zbigniew Ziobro has also asked the national prosecutor’s office to look into the case.

The issue arose when employees were asked to attend a pro-LGBT event at the company.

Should employees be forced to attend pro-LGBT (or even pro-life) event at a company?

In response, Tomasz said that he objected to the promotion of homosexuality. He posted two verses from Scripture: “Woe to him through whom scandals come, it would be better for him to tie a millstone around his neck and plunge him in the depths of the sea,” (Matthew 18:6) and, “If a man lies with a male as with a woman, both of them have committed an abomination; they shall surely be put to death; their blood is upon them,” (Leviticus 20:13).

The company said in a statement that he was terminated for “using quotes from the Old Testament about death and blood in the context of what fate should meet homosexual people” and “expressing his opinion in a way that could affect the rights and dignity of LGBT+ people,” according to news.com.au.

Tomasz’s attorney, however, says he was simply exercising his protected right to express his religious beliefs.

Tomasz told TVP Info that his job was to sell furniture, not to promote same-sex ideology. When asked to take down the Bible verses he had posted, he said, “as a Catholic, I cannot censor God.”

“I do not think it was my duty. … [I] quoted two quotations from the Holy Scriptures: about stumbling and about the fact that the cohabitation between two men is an abomination,” he said, according to TVP Info.

After Tomasz was fired, another employee also quit in solidarity with him.

“[If IKEA] promotes equality and diversity towards people, why was this situation where the Catholic expresses his opinion and is thrown out of work for it?” the employee said, according to the TVP Info.

That’s really the crux of the matter, notes Catholic Business Journal. Equality and diversity must include just that – respect for your belief as well as for mine (not to mention, of course, respect for natural law).

Further, adds the Journal known for focusing on issues integrating faith and work, the situation involves a corporation’s right — or not — to hold a company event honoring any private conviction held dear by its owners.  Should it make a difference whether this corporation is publicly or privately held?  Is it a matter of prudence or policy or government oversight?

It also involves the “right” of a corporation to hire or fire based on an individual’s expressed opinions on any given issue.

For example, continues the staff at Catholic Business Journal, shouldn’t it be the same (either the right of the company or not) if that same company — in this case IKEA — held a pro-life event?  or, if in the USA, a Columbus Day celebration, or a Swedish event?

Would it be the same situation if a company held a pro-life event and an employee were fired for posting quotes from Margaret Sanger, the eugenics-driven woman known for promulgating birth control and abortion?  How does all this stack up against the fullness of Catholic teaching, or in the blind eyes of justice (at least if we consider the issue under U.S. law)? (—ed.)

A spokeswoman for IKEA holding company Ingka Group issued a statement to news.com.au saying that in the company’s view, “Using your religion background as a reason for excluding others is considered discrimination.”

“At Ingka Group we believe everyone has the right to be treated fairly and be given equal opportunities whatever their gender, sexual orientation and gender identity, age, nationality, religion and/or any other dimension of their identity,” she said.

“Inclusion at Ingka Group means respecting our individual differences and creating a safe environment for all. Everyone’s views and opinions are welcome with the common goal to build a great place to work.”

Tomasz is represented by the legal group Ordo Luris. The group’s chairman, Jerzy Kwasniewski, argued that it is illegal to censor the Bible, and said the move was oppressive to Tomasz’s rights.

“The insinuation contained in the IKEA statement is unacceptable and violates Mr Tomasz’s personal rights,” he said, according to New.com.au. “[It] can be read as motivated by prejudices against Christians.”

Your insights on the issue?

Objectivity in evaluating whether or not individual or corporate “rights” were violated seem to be increasingly determined by whoever is in power or whichever politically charged group is favored by the media.  But that’s not right.  As humans we have a God-given nature, purpose and innate dignity, regardless of anything else.  Goodness, Beauty and Truth are rightfully evaluated in light of that God-given human nature, purpose and dignity, not in light of the current opinion or belief of this or that corporation or individual or government.   That’s how editors at Catholic Business Journal see the matter.

Please share your comments as a Catholic priest, employee, business owner, C-suite executive, manager or board member, respectfully, below.  (of course non-respectful phrasing will be removed)