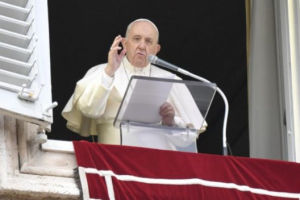 CNA—Pope Francis highlighted “the beauty of Mary’s heart” in his Angelus address on the Solemnity of the Immaculate Conception.

The pope said on Dec. 8 that the Blessed Virgin Mary’s encounter with the Angel Gabriel, described in St. Luke’s Gospel, revealed her deep humility. 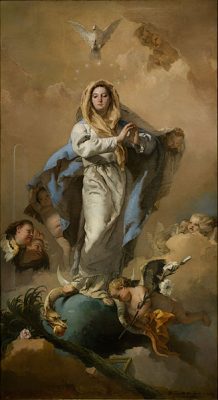 “Within the domestic walls, a person reveals him or herself better than elsewhere. And it is precisely within that domestic intimacy that the Gospel gives us a detail that reveals the beauty of Mary’s heart,” he said.

“The angel calls her ‘full of grace.’ If she is full of grace, it means the Madonna is void of evil: she is without sin, Immaculate.”

The pope was giving his live-streamed address at a window overlooking a windswept St. Peter’s Square on a day marked by a public holiday in Italy.

Pope Pius IX promulgated a decree defining the dogma of the Immaculate Conception of Mary in 1854.

In the decree, Ineffabilis Deus, he wrote: “We declare, pronounce, and define that the doctrine which holds that the most Blessed Virgin Mary, in the first instance of her conception, by a singular grace and privilege granted by Almighty God, in view of the merits of Jesus Christ, the Savior of the human race, was preserved free from all stain of original sin, is a doctrine revealed by God and therefore to be believed firmly and constantly by all the faithful.”

In his address, Pope Francis noted that Mary was “greatly troubled” by the Angel Gabriel’s words.

He said: “The angel’s greeting seemed too grand for her. Why? Because she feels her littleness within, and that littleness, that humility attracts God’s eyes.” 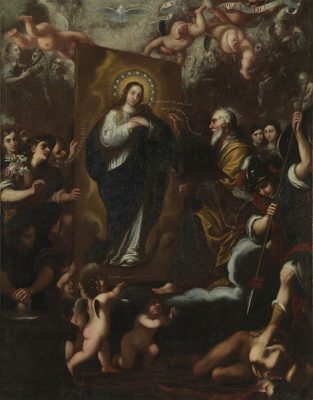 “Within the walls of the house of Nazareth, we thus see a marvelous characteristic of Mary’s heart: having received the highest of compliments, she is troubled because she hears addressed to her what she has not attributed to herself.”

“In fact, Mary does not credit prerogatives to herself, she does not hold claim to anything, she accounts nothing to her own merit. She is not self-satisfied, she does not exalt herself. For in her humility she knows she receives everything from God.”

He added that Mary was able to completely direct her life toward God and others.

How to imitate Mary’s true humility

“Mary Immaculate does not look on herself. This is true humility: not looking on oneself, but looking toward God and others,” he said.

Pope Francis made an early morning visit on Wednesday to the statue of the Immaculate Conception in Rome’s Piazza di Spagna. 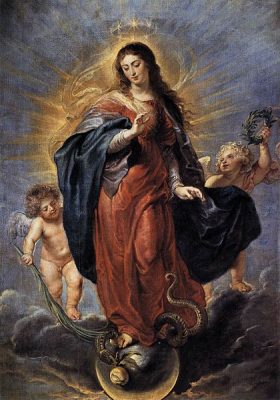 In his Angelus address, the pope noted that the angel appeared to Mary in her house, not in Nazareth’s main square.

He said: “In that little house of Nazareth beat the greatest heart that any creature has ever had. Dear brothers and sisters, this is extraordinary news for us! Because the Lord is telling us that to work marvelous deeds, he has no need of grand means and our lofty abilities, but our humility, eyes open to Him and others.”

“With this annunciation, within the poor walls of a small house, God changed history. Even today, he wants to do great things with us in our daily lives: in our families, at work, in everyday environments. God’s grace loves to operate there more than in great historical events.”