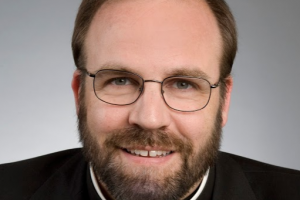 A Late Advent Message from The Lord

As the end of Advent approaches, the Office of Readings features some final admonitions from the Book of the Prophet Isaiah. On the one hand they console; on the other, they challenge us to remain firm.

Isaiah addressed a people in exile who still awaited the first coming of the Lord. Today, these texts speak to us in difficult times when, exiled from Heaven, we await His magnificent Second Coming.

Let’s look at these admonitions from the Lord (Isaiah 46:3-13), which were addressed to three different groups in ancient Israel. However, let’s apply them to three groups in our own times: the faithful remnant, the foolish rebels, and the fainthearted at risk.

To the Faithful Remnant

Hear me, O house of Jacob, all who remain of the house of Israel, my burden since your birth, whom I have carried from your infancy. Even to your old age I am the same, even when your hair is gray I will bear you; It is I who have done this, I who will continue, and I who will carry you to safety.

This is directed to the devoted, to the remnant, to those who remain after the cultural revolution in our times, to those sometimes discouraged and sorrowful over the infidelity of loved ones and of the world around them. To these (often the elderly among us who remember a more faithful even if imperfect time) the Lord first speaks.

In effect, He says, Blessed are those who mourn, for they shall be comforted. Who are the mournful? They are those who see the awful state of God’s people: not glorifying the Lord in their lives, not knowing why they were made, spending themselves on what neither matters nor satisfies. Yes, those who mourn shall be strengthened, and, as their sorrow has motivated them to pray and work for the kingdom, they shall be borne to safety.

Such as these, the faithful remnant, should never forget that God has carried them from the beginning, even in the strength of their prime. Now, reduced by age, they are still carried by the Lord. He has never forgotten them and will carry them to safety; their faith in difficult times will be rewarded.

To The Foolish Rebels

Remember this and bear it well in mind, you rebels; remember the former things, those long ago: I am God, there is no other; I am God, there is none like me. Whom would you compare me with, as an equal, or match me against, as though we were alike? There are those who pour out gold from a purse and weigh out silver on the scales; Then they hire a goldsmith to make it into a god before which they fall down in worship. They lift it to their shoulders to carry; when they set it in place again, it stays, and does not move from the spot. Although they cry out to it, it cannot answer; it delivers no one from distress.

The word “rebel” is from the Latin re (again) + bellum (war). In this context it refers to those who are forever at war with God and His plan for their lives. They foolishly forget His saving deeds. They imagine vain things: that there are other gods or entities that could save them. Even more foolishly, they craft other “gods” that they have to lift upon their shoulders to carry.

Many in our day act in the same way: always at war with God, His Church, and His plan. As G.K. Chesterton once noted, when people stop believing in God, it is not that they will believe in nothing but that they will believe in anything. Chesterton also wrote that when we break God’s big laws, we don’t get liberty; we get small laws. We transfer our trust away from God to false, crafted gods like government, or science, or the market. We hope that they will carry us, but we end up carrying the weight of these gods on our own shoulders. We carry this weight in the form of taxes, debt, and anxiety about everything in our health or environment (demanded by the increasingly politicized scientific and medical communities).

Science, the market, and government are not intrinsically evil, but they are not gods, either. They cannot deliver us from ourselves; only God can do that. To the many who rebelliously and foolishly persist with their “non-gods,” He says, “I am God; there is no other.”

To the Fainthearted at Risk

Listen to me, you fainthearted, you who seem far from the victory of justice: I am bringing on my justice, it is not far off, my salvation shall not tarry; I will put salvation within Zion, and give to Israel my glory. At the beginning I foretell the outcome; in advance, things not yet done. I say that my plan shall stand, I accomplish my every purpose. I call from the east a bird of prey, from a distant land, one to carry out my plan. Yes, I have spoken, I will accomplish it; I have planned it, and I will do it.

Among the faithful there are some who are at risk, who are nearly ready to give up. God encourages them, but also warns that His plan will stand whether or not they endure. Thus there is an implicit warning from Jesus here (and an explicit warning elsewhere) that we must persevere. Jesus says that because lawlessness is increased, most people’s love will grow cold. But the one who endures to the end, he will be saved (Matt 24:12-13).

St. Augustine wrote, [God has] devised a plan, a great and wonderful plan … All this had therefore to be prophesied, foretold, and impressed on us as an event in the future, in order that we might wait for it in faith, and not find it as a sudden and dreadful reality (From a discourse on the psalms by Saint Augustine, bishop (In ps. 109, 1-3: CCL 40, 1601-1603)).

God’s plan will stand whether or not we do. We must stand as well, even when we want to faint or fall back. Our love must not grow cold nor our strength fail. God has triumphed and Satan has lost. We must choose with whom we will stand.

The evidence of the present age does not seem to show this, but as Scripture reminds us,

For all that is in the world, the lust of the flesh and the lust of the eyes and the boastful pride of life, is not from the Father, but is from the world. The world is passing away, and also its lusts; but the one who does the will of God lives forever (1 Jn 2:16-17).

Here, then, are some final instructions from the Lord this Advent, instructions for us who wait for Him: be faithful; the plan will come to pass. Do not be a foolish rebel, nor one of the at-risk fainthearted. Rather, be part of the faithful remnant. St. Paul says, Isaiah cries out concerning Israel: “Though the number of the Israelites be like the sand by the sea, only the remnant will be saved” (Romans 9:27).

Msgr. Charles Pope is the pastor of Holy Comforter-St. Cyprian, a vibrant parish community in Washington, DC. A native of Chicago with a bachelor degree in computer science, his interest in the priesthood stemmed from his experience as a church musician. He attended Mount Saint Mary’s Seminary and was ordained in 1989. A pastor since 2000, he also has led Bible studies in the U.S. Congress and at the White House in past years.