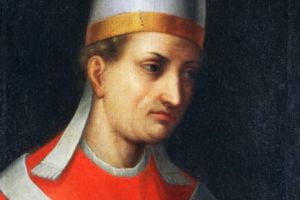 Reigning from 1198 to 1216, Pope Innocent III was one of the most influential and important popes of his era.

He granted Francis of Assisi and his small band of followers permission to found the Order of Friars Minor; he convened the Fourth Lateran Council which, among other things, dogmatically defined the doctrine of transubstantiation; and he organized great efforts to combat heresy in Europe and repel invading Muslim forces.

Then, after more than 18 years as pope, he died suddenly. But that wasn’t the last he was heard from.

The story goes that on the day Pope Innocent III died, or soon thereafter, he… Read more>>