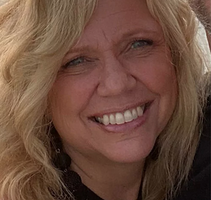 Tamara “Tammy” Durand, 52, wife of Catholic businessman Dave Durand, was among the now six people tragically killed in a Waukesha, Wis., massacre that happened Sunday afternoon, November 21, during the 58th annual Waukesha Christmas Parade. In addition to her husband, Tammy also leaves behind three children and a beloved two-year-old grandchild.

One minute Tamara was dancing down the Christmas parade route, excited to be the newest, youngest member of the Milwaukee Dancing Grannies. The next minute, she’s on the ground, dead. She was not alone.

It’s difficult to fathom the depth of shock.

A woman of faith, purpose and perseverance

“She was super energetic, she was that type of person who when she walks in the room, everybody notices her smile,” Durand’s husband, Dave, told The Daily Beast in a phone interview on Monday.

“She literally danced her way through life,” Durand continued. “She was the youngest one in the Dancing Grannies. Dancing was her favorite thing. It was her first time ever with them, which is what’s so tragic, too.”

Tamara taught elementary school and coached cheerleading with the Beaver Dam Unified School District for many years, earlier in her life.  She also served for several years as a chaplain at Aspirus Hospital in Wausau.

In August 2009, Tamara Durand (formerly Frinak) made headlines for heroically saving a man from drowning in the Wisconsin River. The rescue is a testament to her perseverance.

As reported in Wisconsin News:

“It was early in the morning and I was running in the rain. As I was crossing the bridge over the Wisconsin River I heard screaming,” Frinak said. “I couldn’t see anyone but I kept hearing someone yelling.”

A man had scrambled over a fence, fallen about 20 feet into the river,  and was struggling to keep his head above the fast-moving water.  The article continues:

“I was laying on my stomach on the ledge trying to get him to come to me. When he came to a wall he couldn’t climb it. He kept going under so I pulled him 50 feet along the retaining wall. It was a miracle I never fell in myself,” she said. “I kept encouraging him, saying things like, ‘have faith,’ and ‘God will help you.'”

Realizing she couldn’t pull the man up by herself, Frinak had the man hang on to a 4-inch rod and then ran up to the road to look for help.

“I found a social services building that was open at that hour and had them call 911 then I ran back to the man,” she said.

Soon a nurse was helping and then the police were there, then eight firefighters came and pulled him out.

Memories of the dramatic event echoed in Tamara’s mind long after, and as the young graduate from Virginia-based Liberty University said at the time, “This is 100 percent the Lord’s work. God uses humans and we’re here to help each other.”

Tamara’s husband, Dave Durand, is the co-founder and executive chairman of multiple award-winning Best Version Media, one of the 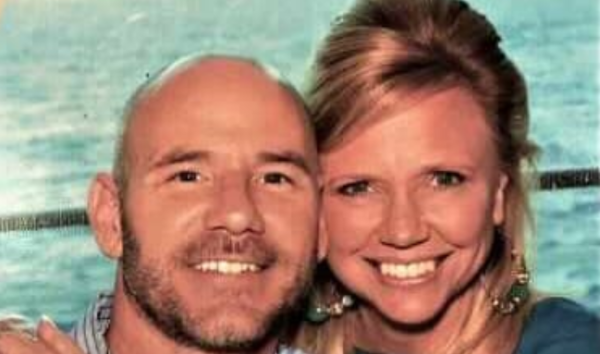 fastest-growing media companies in North America and one that aims to genuinely bring neighbors together as well as help local businesses thrive.

A serious Catholic, Dave is also an author, a radio host on Relevant Radio, and active with the Milwaukee-based Men of Christ group, at one point encouraging Eucharistic Processions to counter the senseless rioting in 2020.

Tamara and Dave met in high school, though they did not marry until February 2013, after reconnecting.  In every way, their faith in God remained an anchor in their lives.

Tamara was not alone

Other members of the Dancing Grannies killed by Brook’s SUV were Virginia Sorenson, 79; LeAnna Owen, 71; and a Dancing Granny husband and volunteer helper for the group, Wilhelm Hospel, 81.  The fifth victim, Jane Kullich, 52, worked at Citizens Bank and was reportedly walking alongside the bank’s parade float at the time she was struck and killed.  Eight-year-old Jason Sparks sadly succumbed to his injuries Tuesday. He had been walking the parade route as part of the Waukesha Blazers Baseball/Fastpitch Softball Club, along with his older brother, Tucker, who was injured in the tragedy.

In a statement, the Milwaukee Dancing Grannies expressed their utter devastation at the tragedy:

“Our group was doing what they loved, performing in front of crowds in a parade, putting smiles on faces of all ages, filling them with joy and happiness. While performing, the grannies enjoyed hearing the crowds’ cheers and applause, which certainly brought smiles to their faces and warmed their hearts. Those who died were extremely passionate Grannies. Their eyes gleamed….at the joy of being a Grannie.”

A Catholic priest, multiple Catholic parishioners including Catholic school children, and reports of at least 18 children were among a reported 61 people injured in the attack according to multiple local news reports and updates.

A member of the Waukesha Knights of Columbus council suffered eight broken ribs when struck by the SUV.

“Among the injured are one of our Catholic priests, as well as multiple parishioners and Waukesha Catholic school children,” noted a statement issued by the Archdiocese of Milwaukee. “Our prayers are with the people who have been injured and killed during the tragic incident in Waukesha.”

Archbishop Jerome E. Listecki issued a deeply felt video, getting to the heart of the matter, emphasizing the importance of turning to our faith, “which offers us God’s loving presence and consolation” and pleading that all join in prayer “for all those involved, their families and those who are traumatized from witnessing the horrible scene.”

Grieving, stunned Waukesha residents held a well-attended candlelight vigil for the dead and injured on Monday night, the night following the horrific tragedy.

A glimpse into the changed life of just one child

A GoFundMe campaign set-up for one severely injured 11-year-old, Jessalyn, who was directly hit by the SUV, stated that she was “fighting for her life” as of Monday morning. Jessalyn was one of a group young dancers—the Waukesha Xtreme Dance Team—performing in the parade.

“She [Jessalyn] is in ICU on high oxygen, lost a kidney, broken pelvis, liver lacerations, lung damage, tachycardia, internal bleeding and many blood transfusions,” her GoFundMe page reported. “Prayers, hope and faith are being called upon right this minute!”

Tuesday morning, the campaign page reported: “Jessalyn woke up a little yesterday afternoon. She is not fully aware of the severity of her injuries but managed to say, “just glue me back together.” Her family remains with her at the hospital.

Waukesha Mayor Shawn Reilly, a graduate of the local Catholic schools, commended those police, firefighters and citizens who sprung in to action to help others, and expressed shared grief and shock. He, along with so many other locals, emphasized the “close-knit community” of Waukesha.

Amid the unspeakable grief and anger, this community exhibits remarkable courage and unity. In addition to pouring out to pray together there are seeds of great hope that individuals will do what they can to help each other through the long-haul healing that is hard to imagine right now.

Who would do such a thing?

Darrell Brooks, 39, the man who—with clear intent—rammed his speeding, red SUV through barricades and directly into the parade and crowd at the parade has a long rap sheet according to multiple local sources, including having just posted bail days earlier for court-filed reckless endangerment charges. On Sunday, he headed for the parade after fleeing a domestic disturbance.

Disturbing videos show Brooks speeding past the parade police barricades, speeding down the edge of the parade and the curb-lined crowd—barely missing a small child dancing to the beat of her own little rhythm on the edge of the crowd and barely missing one group of teen band members marching in sync as they played their music mid-parade. Those where the lucky ones. Another marching band was not so lucky.

Brooks is now in custody, held in lieu of $5 million bail that must be paid all at once, in cash, and charged with five (now six) counts of first-degree intentional homicide.  Additional charges are expected to be added as the investigation continues.

“The nature of this offense is shocking,” said Waukesha County Court Commissioner Kevin M. Costello, who ordered a preliminary hearing set for January 14, 2022. “…I’ve not seen anything like this in my very long career.”

Catholic and other live-streaming prayer services welcomes all

Hours after an SUV driver plowed into a Christmas parade in suburban Milwaukee, the Catholic Community of Waukesha gathered for a bilingual prayer service Monday evening (Nov. 22) for all those affected by the crash that killed at least five people and injured nearly 50 others.

“We all come here tonight with a story of what happened yesterday,” said the Rev. Matthew Widder, who led the prayer service, which was in English and Spanish. “Some of us were there on the parade route, others were watching at home and seeing something all of a sudden interrupt the news or social media. All of us in some way or another are connected.

“We come here tonight with many people counting on our prayers,” Widder added. “We also gather as a body seeking healing.”

The Catholic Community of Waukesha held a live-streamed prayer service Nov. 22 at St. William Church, and said it is planning to provide counseling and support for parishioners following the tragedy.

“We continue to monitor the impact of yesterday’s tragic event and minister to our injured parishioners and to anyone who was in attendance,” the group wrote on Facebook.

“It is in our most difficult hours that we, as a community, turn to our Lord for refuge, strength and love. Please join us and with your community for prayer.”

According to the NCRegister, “the city’s four Catholic parishes have been live-streaming the Rosary and Eucharistic Adoration every night. The Rosary following the incident Nov. 21 had almost 300 comments, [more than] 250 reactions, and 53 shares.”