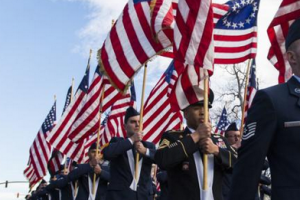 To Employees of Silicon Valley:

We are retired and/or career military officers.  We will not share our names.  Nor will we share our ranks. Opinions are hazardous to professional success in the US military.  We are not willing to take that chance.

Suffice to say we share your shock at the events of 06 January 2021.  We never expected to see our fellow citizens swarm a US government building.  We note with particular sadness the deaths of Brian Sicknick and Ashli Babbitt.  Regardless of their political leanings, both were fellow military veterans.  They deserve recognition for that.

Lest we be politically typecast, note we felt similar outrage in 2018.  That is when we watched on television as mobs blocked judiciary hearings, occupied Senate buildings, and otherwise laid siege to the Kavanaugh confirmation process.

Whether spurred by the right or left, political violence is an affront to all of us who serve.  It is also ironic.  We are paid to prevent such political mayhem overseas.

However, our solidarity with Silicon Valley ends with your embrace of censorship.  We have served in several censorship-happy countries.  These include nations in the Middle East, Africa, Asia, and Latin America.  We have witnessed first-hand the tangible effects of silencing dissent.  The results are never good.

Although suppressing alternative viewpoints initially provides an exhilarating sense of power, it also guarantees future conflict.  Censorship does not change anyone’s mind.  Nor does it make the opposition go away.  It simply drives dissent underground, where it stews like a primed IED.  We offer the following: Silicon Valley’s participation in censorship places it among the ranks of Saudi Arabia, Iran, and Cuba.  That is some pretty nefarious company.  You may loathe Republicans, Christians, and gun-owners.  But that does not mean you need to model Fidel Castro.

If your progressive policies are as solid as you believe, they should be able to withstand scrutiny.  If not, listen, learn, and adapt.  That is what the military does.  Censorship did not integrate the US military.  Dissenting voices did.

Silicon Valley censorship is also likely to cost someone their health and well-being.  That is not a legacy you want to leave to your grandchildren.  Censorship does not simply crush dissent.  It also prohibits cries for help.  Ask anyone irradiated by Chernobyl.

We hear your insistence on corporate freedom.  As a private enterprise, Silicon Valley firms can do whatever they want, whenever they want, to whomever they want.  That might be true.  But those same attitudes gave us child labor and coal cough.  Corporate censorship might be legal, as slavery once was.  But that does not make it right.

We understand censorship feels righteous to you.  We have heard the words you use.  Your enemies are racist and fascist.  They are insurrectionists.  They incite violence.  They practice misogyny and corporate greed.  They are even “seditionists,” a term nobody understands.  In short, those you censor represent everything bad.  You represent everything good.  Case closed.

These characterizations are common all over the world.  They might be true.  They might not.  Either way, when it comes to censoring the voices of others, we suggest you exercise due caution.  Apartheid South Africa called Nelson Mandela “treasonous”.  Law enforcement officials believed Martin Luther King “subversive.”  And Soviet officials considered members of the LGBTQ community “insane.” Today’s labels seldom survive the test of history.

You are employees of Big Tech companies.  As such, you share surprising kinship with those of us in uniform.  Decisions made well above your head fall to you at your desk, in much the same way US foreign policy ultimately lands in the hands of a nineteen-year old enlisted soldier in Afghanistan.

You might accordingly borrow from our military tradition of posing tough questions to our chain of command, particularly if we find their orders questionable.  We suggest you start by asking your Silicon Valley CEOs, “What the hell are we doing censoring our own people?”

The question may stump your Silicon Valley leaders.  This is your chance to educate them.  Let them know that the crushing of alternative voices has never been considered progressive.  Nor has it ever proven innocuous.  Quite the opposite has occurred.  Censorship is among the policies most likely to backfire.

Witness the fate of those who similarly censored their opposition:  Saddam Hussein, Muammar Gaddafi, Marien Ngouabi, Che Guevara, and Nicolae Ceaușescu were executed.  Adolph Hitler shot himself.  East Germany and the Soviet Union collapsed.  And every year thousands of people from censorship-loving Cuba, Vietnam, Venezuela, and China flee to the US, where they can emotionally (and physically) breathe.

We are not suggesting your Silicon Valley leaders will someday end up on the wrong end of a rope like other censors, such as Mussolini.  However, we think you get the point.  By implementing censorship, your Silicon Valley CEOs have put you on the wrong side of history.  Somehow on your quest for social justice you ended up holding hands with Joseph Goebbels.
It might be time to speak up.  History has shown that angry partisans inevitably gather at the censor’s gates.  This may not concern your corporate CEOs.  They have the resources to evade accountability, the way Adolf Eichmann fled to Argentina.  You do not.  Someday your fellow citizens will likely demand of you answers to the same question posed to millions of Germans who remained passive during the Holocaust.  “Why didn’t you say something?”

We note that your determination to silence dissent has already increased Republican membership.  (It has also spurred gun sales).  Many of these new conservatives previously identified as independent, Libertarian, and otherwise.  This opposite reaction is no surprise to any of us who have served overseas.  People everywhere want a fair fight.  They loathe bullies, especially when the bullies are affluent one-percenters from places like Silicon Valley.  Nobody likes a ruling class.

The further irony is this:  Your censorship has elevated perceptions of Republicans, who have now inherited an underdog role.  Those Red State people you hate now additionally enjoy the support of German Chancellor Angela Merkel, Russian opposition leader Alexey Navalny, Mexican President Andres Manuel Lopez Obador, and the American Civil Liberties Union.  Silicon Valley conversely has the support of Vladimir Putin.  That cannot be what you had in mind.

Remember:  Anywhere in the world, those who censor appear to have something to hide.  Those who censor also frighten the undecided “middle-third,” who might otherwise be allies.  They instinctively know they might be next.

We are professional military officers.  With our uniformed peers, we faithfully serve whoever occupies the White House.  This has included presidents from both sides of the aisle.  After all the political arguing, protesting, chattering, debating, and posturing, we execute what our fellow Americans have deemed our nation’s best interests.

That is why checks and balances matter so much to those of us in uniform.  If we do not belong in Afghanistan, we know those back home will speak out.  If we end up in another Vietnam, we know dissent in the US will get us out of there.  For members of the American military, dissent is like an Ace in the hand.  We know it is there if we need it.

That is why free speech matters.  You are no help to us if you model the East German Stasi.

Right now your Silicon Valley leaders are flush with momentum and adrenaline, like soldiers in their first firefight.   They have you spraying censorship rounds indiscriminately into every Republican hut, church, home and school.  They suspect this policy might be questionable but what the hell:  It feels good and the evil right-wing fascists deserve it.  Like the guy who shot up the Congressional Baseball Charity Game in 2017, Silicon Valley has God on its side.

This is a feeling common to those about to unintentionally inflict friendly fire.  Trust us:  It is time to take your finger off the trigger. 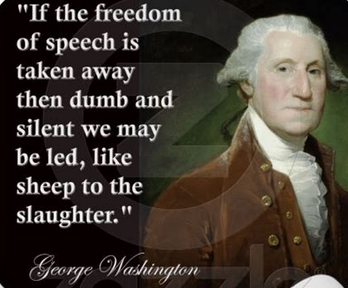 This open letter was received and originally posted Jan 20, 2021, by the SVGOP. 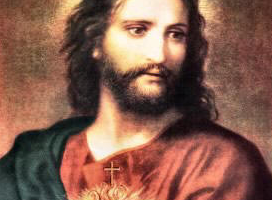