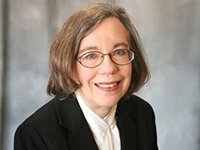 Who is your doctor? No, Seriously, …Who?

People used to know who their doctor was. His name and phone number were on the wall or the refrigerator next to the telephone. He was there for you and could manage most of your problems.

When I was about 13, my mom took me to our pediatrician for belly pain. He was on his way out the door, but he stopped to take care of me. He diagnosed appendicitis based on history and physical examination. He called his favorite surgeon (“Billy,” a Tucson legend), who came from the golf course to meet me in the emergency room. Within hours, my red-hot appendix was in a jar. My parents paid the hospital bill ($150—10 days’ pay for a construction laborer) as I was discharged a few days later.

Today, the patient with abdominal pain could wait for hours to see the ER provider—possibly a nurse practitioner or physician assistant who had never seen a case of acute appendicitis. She’ll probably get a CT scan, after another wait. Eventually, Dr. On-call may take her to the operating room, hopefully before the appendix ruptures. And the bill will be beyond the means of ordinary people.

Even in Catholic hospitals

I used to be able to direct-admit patients from my office and send them with a set of orders to the hospital admitting office. For years, this has been impossible. The hospital is decidedly unfriendly to independent doctors. There’s now a gatekeeper in the emergency room, and most patients are under the control of a hospitalist.

This hospital, still Catholic at least in name, is now owned by a huge national conglomerate. Recently, it thwarted all efforts to keep it from dehydrating a patient to death despite lack of an advance directive or permission from next of kin.

The patient’s mother disputed the diagnosis of brain death. The gastroenterologist of her choice was willing and able to place a feeding tube, needed in order to transfer the patient to a skilled nursing facility, but the hospital would not permit it. An outside physician whom the mother had called on was removed from the patient’s room by security, when she was merely praying with the mother. The mother could not get a phone call returned from an attending physician. Who was the doctor? Apparently, the hospital system.

Recently, in another example, a physician called me about her mother, who was seemingly a captive in a world-renowned hospital. She was concerned about her mother’s nutritional status and falling oxygen level. She could not speak to the attending physician. “They play musical doctors.”

What about the human element of care?

Largely driven by government policy, the System is increasingly in control.

A new level of intrusion is being proposed in California in a bill (SB276) that would outlaw all medical exemptions for vaccines, unless a public health officer approves each one, based on the very narrow list of contraindications accepted by the Centers for Disease Control and Prevention (CDC).

Doctors traditionally swore an oath not to harm patients, and are liable if they do. But government officials are immune from liability, even if they overrule a physician’s judgment that a particular patient faces an unacceptable risk of harm from a vaccine.

If you disagree with your private doctor, you can fire him or simply decline to follow his advice. But what if the government is your doctor?

In Arizona, law enforcement officers in tactical gear broke down the door to a home where children were sleeping, entered with guns drawn, and took three little children away from their parents. The stated reason: The mother had decided not to follow a doctor’s advice to take her 2-year-old to the emergency room for a fever, because the fever broke and the child got much better soon after leaving the office. The main concern seemed to be that the child was not vaccinated.

Who will decide YOUR medical fate?

Americans need to defend their right to have an independent physician, to choose their physician and type of care, and to give or withhold informed consent to medical treatments. Otherwise, their “doctor” will be a protocol in a system staffed by interchangeable automatons. Treatments will be inaccessible or required, tailored to meet the needs and beliefs of the system.

If the government is the ultimate authority on your “health care,” remember that its tools for checking whether a child has a life-threatening disease such as meningitis include battering rams and assault rifles.

Samaritan Member Dr. Jane Orient has been in solo private practice since 1981 and has served as Executive Director of the Association of American Physicians and Surgeons since 1989. She is president of Doctors for Disaster Preparedness. She is the author of YOUR Doctor Is Not In: Healthy Skepticism about National Healthcare, and the second through fourth editions of Sapira’s Art and Science of Bedside Diagnosis.  © 2019 The Heartland Institute. Reprinted by permission. <heartland.org/news-opinion/news/who-is-your-doctor>