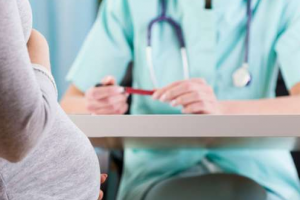 CNA—The Biden administration proposed a new rule this week that legal experts say, if finalized, would force hospitals and doctors to perform gender-transition surgeries and abortions.

The rule proposed by the U.S. Department of Health and Human Services (HHS) revises Section 1557 of the Affordable Care Act (ACA) to add “sexual orientation and gender identity” and “reproductive health care services” including “pregnancy termination” to existing “protections against discrimination on the basis of sex.”

The action would reverse Trump-era conscience protections which sought to allow medical professionals to opt out of performing procedures against their beliefs. It also would expand the Obama-era version of the rule to include abortion.

On Wednesday, the United States Catholic Conference of Bishops (USCCB) condemned the move in a public statement, saying that the proposed rule would “threaten [the Catholic Church’s] ability to carry out our healing ministries [and] mandate health care workers to perform life-altering surgeries to remove perfectly healthy body parts.”

In the statement, the bishops questioned the rule’s supposed religious liberty protections.

HHS did not respond to CNA’s request for comment on the USCCB’s statement.

“If finalized, the proposed rule would have a devastating impact on those who truly adhere to the principles of Catholic healthcare and biomedical ethics,” Millea said.

Luke Goodrich, vice president and senior counsel for Becket — a nonprofit law firm that is representing thousands of Christian medical professionals in ongoing cases against the rule — helped break down what this news would mean for Catholic hospitals and physicians morally opposed to performing such procedures.

What would the proposed rule do?

If finalized, Goodrich says that the updated rule could be used to compel hospitals and doctors receiving federal funds to conduct procedures many find unconscionable.

The rule states that it would prohibit hospitals and physicians who receive federal funding from refusing to provide procedures for “gender-affirming” purposes that might otherwise be used in routine circumstances.

The rule itself outlines this very scenario, he said. Hysterectomies are often sought by women transitioning to men to stop the menstrual cycle and prevent any likelihood of pregnancy.

Goodrich explained that the same regulation would apply to medical procedures used in abortions, such as dilation and curettage (D&C), a procedure that can be used to remove the body of an already deceased baby lost in a miscarriage. Under the rule, physicians who perform miscarriage treatment would also be forced to conduct D&Cs on a living baby in the womb, brutally ending his or her life through a painful method of abortion.

Recipients of federal funds who refuse to comply risk being charged with discrimination and face penalties through massive fines, Goodrich said.

Doesn’t the rule include religious exemptions?

HHS officials have stated that the rule will “refine” the process by which medical professionals raise religious freedom objections, but Goodrich says that the actual protection is weak. The Biden administration’s proposed rule does not apply any blanket religious exemption to the rule, he said.

Instead, it includes what is called “notification of views regarding application of federal conscience and religious freedom laws,” Goodrich said, putting the burden on individual hospitals and doctors to notify HHS if they believe they are exempt.

That language, in turn, allows HHS to decide whether or not these individuals are religiously protected, Goodrich explained.

Can hospitals and doctors with religious objections be protected from providing procedures at odds with their faith?

As Goodrich explained, the most effective religious protection exists in two already decided court cases and the preliminary injunctions filed by Becket and others on behalf of two organizations: the Christian Medical and Dental Association (CMDA) and Catholic Health Association (CHA).

Two federal courts already have blocked the Biden administration from implementing a similar transgender mandate in 2021. The administration has since issued appeals in the two cases, though Goodrich expects the original rulings to be upheld.

“HHS is not allowed to enforce the statute to require our clients to perform gender transition or abortions,” Goodrich explained. Becket’s clients include thousands of religious medical professionals across the country who belong to the two associations.

If the regulation is made final, anyone who is a plaintiff in one of the cases already is protected under the permanent injunctions. The rule would apply, however, to doctors and hospitals across the country falling outside this protection.

What about the doctors and hospitals not protected by the courts?

For those who aren’t protected, the options are minimal, Goodrich says.

“Either they’d need to roll the dice and hope that the government doesn’t come after them, or they would need to get relief from the Court,” Goodrich said. He added that he wouldn’t advise any such religious organization to believe it would be safe to submit a religious exemption notification to HHS in the hopes that the agency would grant one, given how hard the Biden administration already has fought existing court protections.

Though the rule will not affect those protected by preliminary court injunctions, Goodrich emphasized that those not protected should be very concerned.

Goodrich said that the Biden administration is choosing to impose the rule even if it won’t hold up in court in the hopes “that others might just be cowed into submission [out of] fear of massive penalties.”

“It seems like HHS is willing to treat these court losses in the injunctions as the price to pay for trying to change the norms in the medical profession,” he said.

The administration’s main goal lies beyond implementing a specific regulation, Goodrich said. “What they’re really trying to do is change the norms in the medical profession to include gender transition and abortion.”

The proposed rule is not yet published in the Federal Register, the official journal of the federal government of the United States that contains government agency rules, proposed rules, and public notices. Once it is published, the public will have 60 days to comment on the proposed rule. Comments may be submitted online at regulations.gov.