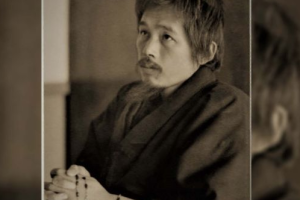 This Catholic Doctor Lost Everything in the Nagasaki Bombing, Except Faith, Hope and Love

Dr. Takashi Nagai’s work to help survivors of the Nagasaki atomic bombing and to console his devastated Japanese Catholic community is an unusual example of live-giving love and faith amid desolation and death, various speakers said at the New York Encounter on Sunday.

“There was nothing, nothing anymore around him. He had completely lost everything,” Gabriele di Comite, president of the Rome-based Friends of Takahashi and Midori Nagai Association, said in a presentation at the New York Encounter. “He was living in a city which was completely destroyed. He had nothing anymore, he didn’t have a house anymore, and he was not able to leave his bed.”

Nagai, a medical doctor who had converted from atheism to Catholicism, lost his wife Midori in the atomic blast from the Americans’ Aug. 9, 1945 attack on Nagasaki. The bomb fell on the heavily Catholic Urakami area, killing thousands of the city’s Catholics and tens of thousands of other Japanese civilians. 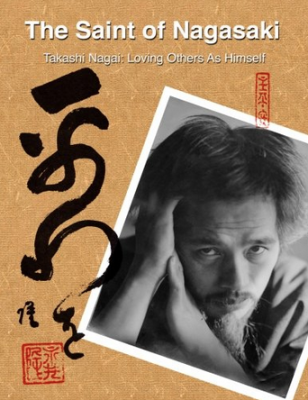 Nagai labored to take care of survivors and to make sense of the destruction. Years later, he would become bedridden from a cancer that had developed in early 1945, months before the bombing. Despite his sufferings, he continued to live a life of joy, humility, and faith.

The saint of Urakami

“As soon as I wake up, the first thought that occurs to me every morning is that I’m happy,” he said in his writings. “Beating within my chest is a child’s heart. The life of a new day awaits me.”

Nagai chose to make the sacrifice “to let go (of) everything that dies and give his life only to what never dies,” di Comite commented.

The doctor’s work as a writer helped tell the stories of survivors and sought to put the bombing in a spiritual context. His books and other writings became best sellers, and he dedicated the funds to reconstruction efforts. Nagai’s most famous work, “The Bells of Nagasaki,” was made into a film in 1951.

He died on May 1, 1951, admired by the people of Nagasaki and by many leading personalities around the world as “the saint of Urakami.”

“It’s really the power of one heart that converts, and shows the beauty of faith: how faith is able to restore hope and life in the worst possible condition that you could imagine,” di Comite said. “That is calling us together today.”

“The transformation, the conversion of heart of one person, has been able to change an entire city,” he continued. “The strength that changes the world, in all the struggles that we are facing, is the power of faith, the conversion of our hearts in faith.”

The presentation about Nagai took place on the final day of the New York Encounter, a three-day cultural event that includes panel discussion, art exhibits, and musical and poetic performances. The event originated with members of the Catholic lay movement Communion and Liberation but it is not an official project of the movement.

Also speaking was Dominic Higgins, director of the 2016 movie “All That Remains,” a biographical drama about the Japanese doctor. In Nagai’s life, Higgins said, he found “incredible stories to tell.” 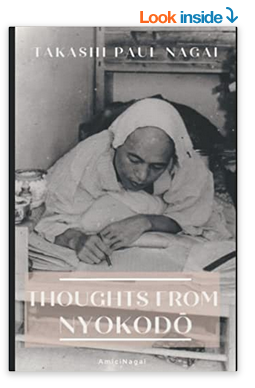 “Takashi spent his final years living in a small hole in the middle of the atomic wasteland, writing a great number of books and essays, much of it centered on the atomic bombing,” he said.

“Here was a scientist who had converted to Christianity, not despite being a scientist, but because he was a scientist,” Higgins said. “Today, Dr. Nagai is best remembered as an atomic bomb and peace activist whose writing helps a nation that has been completely devastated by war.”

Higgins spent some five years making “All That Remains.” In the process, he interviewed survivors of the Nagasaki bombing and learned more about the Japanese Christianity which “radically transformed Takashi’s life.” The movie director also reflected on the life of Nagai’s wife Naguri, a teacher and community leader whose family had roots in the “hidden Christians” who kept their faith despite the suppression of Christianity for centuries.

Professor Chad Diehl, a historian at the University of Virginia, said he learned about Nagai while visiting the atomic bomb museum in Nagasaki, which had an exhibit dedicated to the Catholic community and Nagai.

“I was fascinated by the fact that Nagasaki was home to the largest community of Catholics in Japan,” Diehl said. “I was confused by the realization that a mostly Christian nation, the United States had dropped a bomb on that community. And I was compelled to learn more about them, and especially about their parishioner leader, Nagai Takashi.

Nagai’s critical role in the restoration of Nagasaki

Diehl realized Nagai played a crucial role in the restoration of Nagasaki. He drew on years of study of Nagai and Japan for his 2018 Cornell University Press book “Resurrecting Nagasaki.”

During the presentation, Diehl displayed an early 1946 photo of Nagasaki taken by the U.S. Marines. According to Diehl, the Urakami district was called “the valley of death” because of the destruction. There were “rotting corpses still underneath the rubble” and “persistent radiation which made even the American marines fall ill with radiation poisoning.”

Nagai’s book “Leaving these Children Behind” recounted some of this devastation.

The doctor sought to understand such a horrific event. Three years after the bombing, he said the event made him “able to taste true happiness.” 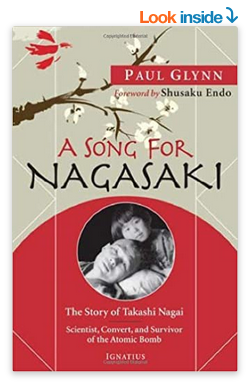 “Death that will come to me soon is also the greatest gift of love that I confront I who am God’s and who increases in his infinite love,” he wrote.

Diehl initially believed that he was incorrectly reading Nagai, and asked himself, “how could a person who had endured so much trauma and suffering interpret the bombing in such a light?”

Many Catholic survivors felt that God had forsaken them or that the bombing was divine punishment. Some non-Catholics in other parts of the city felt the Catholics were punished because they were not Shinto believers.

Takashi, however, developed an argument that the bombing was not punishment but a manifestation of God’s love. He had lost his wife and, in Diehl’s words, “needed to find meaning in her death and in the suffering of the survivors who lived with immeasurable trauma.”

During a Nov. 23, 1945 mass funeral service in the ruins of Nagasaki’s cathedral, Nagai shared this view of the bombing “to help make sense of the trauma and begin community and individual recovery.”

The doctor depicted the bombing as the last act of war and claimed that fighting did not take place after it. For Nagai, this meant that there is a deep connection between the destruction of Urakami and the end of the war.

Diehl summarized: “In other words, the Church of Urakami was placed on the altar of sacrifice as atonement for the sin of humankind, which was the world war. It was chosen as a pure lamb, slaughtered and burned.” This framed the destruction as “a providential tragedy.”

The bereaved took his message to heart, and some thought God had brought Nagai to them. In Diehl’s view, he became the most influential single contributor to the reconstruction of Nagasaki. First, he was a parish leader bringing spiritual recovery to Catholics. Later, bedridden by his cancer, he took up work as a writer that contributed to another form of rebuilding: nine of his own books, two edited volumes written by bombing survivors, and two translations of Western books.

Diehl said he is not Catholic or religious, and he has taken a critical approach to Nagai. Sometimes his readers have worried his treatment of Nagai has been “hagiographic.”

The power of Faith

“For Nagai, the most important mission that he undertook at the time, I think, was keeping faith alive at all costs, because he understood and truly believed in the role that faith could play in bringing the city back from the brink of oblivion,” the professor said. “Studying Takashi Nagai introduced me to the power of faith, and especially to how faith can illuminate the path to recovery, even out of the darkness of the so-called valley of death,” said Diehl.

He closed with a recitation of a poem by Nagai: “Peace, oh peace, the bell of peace is tolling. We must keep this peace forever.”

The New York Encounter presentation, along with other major panel discussions and other events, was livestreamed on YouTube and is available at the event’s YouTube Channel.