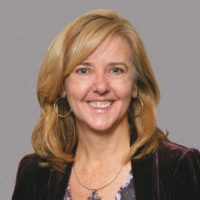 A Woman Physician’s Perspective: Should Employers Pay for Abortions?

It is almost a foregone conclusion now that employers are expected to advocate and pay for abortions. This is claimed under the rubric of “reproductive rights.” Language is everything here. As catchy as that alliteration may be, in the name of accuracy we should be clear that the deliberate termination of fetal life is not about reproductive rights, but rather “de-productive” selection.  It’s about the unnatural thwarting of the natural reproductive process.

The language that abortion proponents use is designed as a soporific, lulling society and decision-makers into accepting assumptions that are at odds with basic truth.  But an educated society needs to look beyond euphemisms that mute humanity.

Let’s revisit that term, “reproductive rights.” We’ve already established abortion is not really about reproduction.  Nor, is it health care when it interrupts a healthy physiologic function, which is natural fetal development.  And it’s not a right.

Although the “right to life” is mentioned in the U.S. Constitution, the decision to intentionally terminate a pregnancy is never mentioned there. Even in the Supreme Court’s Roe v. Wade decision, abortion is justified under a “right to privacy” undiscovered in the constitution before 1973.   Certainly, nowhere in Roe is it implied that the private abortion decision requires employers or insurers to cover it.

Other euphemistic pro-abortion terminology describes abortion as a matter of “choice.” When a woman decides to have an abortion, we are always told it should be her choice and no one else’s.  That “choice” confirms that abortion is elective.  Employers are not required to pay for coverage of elective procedures.

If employer health insurance plans are meant to promote the health and wellness of employees, prudent and responsible leaders should consider all the health effects of abortion on those valued employees. Advocates for employer-paid abortions would have employers believe that company-paid abortions will ensure greater employee productivity, since a childless mother or father is more self-actualized, leading more fulfilled lives and careers.  Or they are more accessible for the demands of the job. It is commonly assumed that she and he will be “free” to give more of themselves to the job, perhaps they will be more mobile, able to travel more readily and will more readily relocate for business purposes.

But that assumption does not recognize that abortions take an emotional, mental and physical toll on people who experience them, possibly more so than carrying a baby to term.  Such a toll is sure to have a significant, perhaps hidden impact on at least women’s productivity and focus at work.

What goes almost unreported in the media is the reality we see every day in our medical practices: that women who carry a child to term and raise the baby or make an adoption plan have the best prospects for long-term physical, emotional and mental health.

We, who serve women as obstetricians and gynecologists, see how these dynamics manifest in compelling ways that observant managers also see, if through a different lens.  That’s why 86 percent of our fellow Ob/Gyn physicians elect not to perform abortions.  Most of us realize that abortion is not necessary to women’s health care, and we regard abortion as a procedure that involves two patients, both of whom deserve our commitment to our pledge to “First, do no harm.”

Unpopular as the idea may be in some circles, we “women’s doctors” know and recognize that all abortions have a serious and negative consequences for the woman in some way and on the baby, our second patient, in the worst way.

The important thing for employers and insurers to understand is that there is not any scenario where providing abortion coverage is good for the health of a female employee.

The notion that abortions help to improve productivity for any employer is conjecture at best and could be completely the opposite.  In the end, abortion is an elective procedure that can leave the employee less whole and potentially more harmed, which is against the spirit and the mission of any good employer-provided health benefit package.