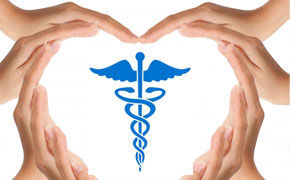 CNA—A rule to protect the conscience rights of medical professionals will be delayed until the end of November, the Department of Health and Human Services announced July 1.

The administration said that the new rule, which would cover doctors and other medical practitioners objecting to procedures like abortion, sterilization, or facilitating euthanasia, is being held up after being challenged in federal court.

The Protecting Statutory Conscience Rights in Health Care; Delegations of Authority rule was set to go into effect on July 22. The rule mandates that institutions receiving federal money be certified that they comply with more than two dozen laws protecting conscience and religious freedom rights.

The new rule was announced in May.

An HHS spokesperson told CNA Monday that, due to the “significant litigation” challenging the policy, “HHS agreed to a stipulated request to delay the effective date of the rule until November 22.”

This delay permits “the parties more time to respond to the litigation and to grant entities affected by the rule more time to prepare for compliance.”

California filed suit against the Trump administration three weeks after the rule was announced. In a statement announcing the suit, California’s Attorney General Xavier Becerra said that the conscience rule was dangerous to American lives and that “a war is being waged on access to health care across our country.”

Becerra was joined in the suit by the attorneys general from several other states. The suit is being heard in federal court in San Francisco. According to a statement released by the city, San Francisco could lose up to $1 billion in federal funding if the rule comes into effect since the city does not intend to comply with the conscience protection laws.

A statement posted on the website of San Francisco City Attorney Dennis Herrera, called the delay a victory for the city and said that Herrera had “won” against the Trump administration.

“We have won this battle — and it was an important one — but the fight is not over,” said Herrera. “The Trump administration is trying to systematically limit access to critical medical care for women, the LGBTQ community, and other vulnerable patients.”

Herrera wrote that “hospitals are no place to put personal beliefs above patient care,” and that “refusing treatment to vulnerable patients should not leave anyone with a clear conscience.”

Roger Severino, the director of the Office for Civil Rights at HHS, said in a statement that he believes the rule is legal, and that it simply is an enforcement mechanism for policies that have existed for years.

“The rule gives life and enforcement tools to conscience protection laws that have been on the books for decades,” he said in a statement provided to CNA.

“Protecting conscience and religious freedom fosters greater diversity in the healthcare space. We will defend the rule vigorously.”