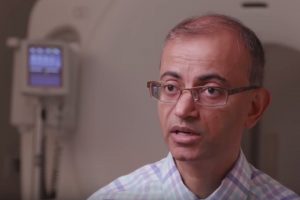 Would you rather pay $2,000 or $500?   As reported by the Samaritan Ministries health-sharing group and the Reason Foundation, a serious question needs to be addressed: Should a licensed doctor have to ask the government and industry competitors for permission before purchasing potentially life-saving medical equipment? That’s the question at issue in a new lawsuit challenging North Carolina’s “certificate of need” laws.

In 2017, Dr. Gajendra Singh opened a medical imaging center in the town of Winston-Salem with the goal of providing MRIs, ultrasounds, and other screenings to patients at prices that were both lower and more transparent than what they were paying at the existing local hospital.

Singh was able to either purchase or lease the X-ray scanner, CT scanner, and ultrasound machines he needed without incident. But when it came to getting an MRI machine, he hit a wall.

The state of North Carolina requires medical service providers like Singh to go through an arduous application process to prove that they need an MRI machine before they are allowed to buy or lease one. Need, mind you, is determined not by how many patients are asking for services, but rather by how many MRIs the state’s Department of Health thinks an area requires.

In Singh’s case, the Health Department had determined that two local hospitals operating MRI machines is more than enough for the Winston-Salem area. Thus, Singh has been denied the “certificate of need” that would allow him to get a machine of his own. Instead, he has been forced to rent a portable MRI machine two days a week, limiting the number of scans he can perform, and effectively preventing him from competing with the incumbent hospitals.

The good doctor is now suing the state Department of Health as well as the governor and members of the state legislature in order to overturn the law that’s hamstringing his practice and depriving his patients of medical services he would otherwise be able to provide them.

“As a medical doctor, Dr. Singh took an oath to help people in need, yet the state is standing in his way to protect established medical providers from competition,” says Renée Flaherty, an attorney with the Institute for Justice, a public interest law firm representing Singh. “That’s plainly unconstitutional.”

North Carolina’s constitution prohibits the granting of either monopolies or exclusive “emoluments” i.e privileges to the private entities.

In a compliant filed today, the Institute for Justice argues the state—by requiring that medical service providers obtain a certificate of need to own an MRI machine, and then give out a limited number of such certificates to select health care providers—is in effect handing out monopolies and exclusive privileges to those providers lucky enough to get the certificates.

Not only is this practice potentially unconstitutional, it raises prices for consumers. Singh’s lawsuit claims the average MRI costs just under $2,000 in the state of North Carolina, a service the doctor’s imaging center usually provides (when it has a machine available) for somewhere in the $500-$700 range. Because his practice posts all their prices on line, patients are not left with unexpected bills.