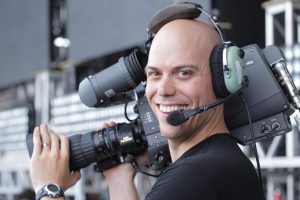 Facing the threat of heavy fines and up to 90 days in prison, two Christian filmmakers appeared in court tomorrow to stop Minnesota from forcing them to produce and create films supporting same sex marriage. Filmmakers Carl and Angel Larsen assert that doing so would violate their religious beliefs. Jeremy Tedesco – Senior Counsel at Alliance Defending Freedom – believes the government cannot force creative professionals to create films that violate their religious beliefs as the Masterpiece Cakeshop Case upheld. His talking points are as follows:

Carl and Angel Larsen are Bible-believing Christians who place Christ at the center of everything in their life — their marriage, their home, their friendships, their service to the community, and their business. One of their deepest passions is marriage. They work hard to cultivate the bonds of love and commitment within their own marriage and help other couples strengthen their marriages as well. They often provide couples pre-marital counseling, they are always ready to roll up their sleeves and dig in to restore marriages in crisis, and Carl has even officiated two weddings. See the Larsen’s full story here.

In 2017 they tried to challenge this law as unconstitutional but a lower court dismissed their case and mandated that they service same sex weddings or close this part of their business. They are now appealing to the 8th Circuit Court.