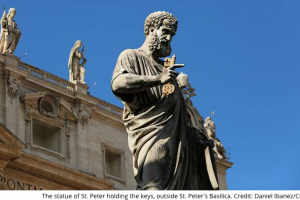 Pope Francis issued a motu proprio Saturday ending the pontifical commission Ecclesia Dei and creating an office within the Congregation for the Doctrine of Faith to focus on doctrinal dialogue with traditionalist groups.

For more than 30 years, the pontifical commission Ecclesia Dei has “facilitated the full ecclesial communion of priests, seminarians, communities or individual religious linked to Mgr. Marcel Lefebvre’s fraternity, who wished to remain united to the Successor of Peter in the Catholic Church, preserving their spiritual and liturgical traditions,” Pope Francis wrote in the apostolic letter published Jan. 19.

“The institutes and religious communities that usually celebrate in extraordinary form have found today their own stability of number and life,” the pope noted.

Pope Francis stated that the issues dealt with today by the pontifical commission Ecclesia Dei are of  “a predominantly doctrinal nature,” and therefore the complete transfer of the pontifical commission’s task to the Congregation for the Doctrine of Faith is with the desire that “these aims become more and more evident to the conscience of the ecclesial communities.”

Established in 1988 by St. John Paul II in order to carry on a dialogue with traditionalist parties, Ecclesia Dei was reformed by Benedict XVI in 2009 with the instruction Universae Ecclesiae, linking the commission to the Congregation for the Doctrine of the Faith (CDF).

The closing of Ecclesia Dei is the latest step in the pope’s wider project of reform of the Roman Curia. Administrative matters, including the pontifical commission’s budget, will now be included in the ordinary accounts of the Congregation for the Doctrine of Faith.

The Ordinary Session of the Congregation of the Doctrine of Faith on November 15, 2017 requested that “the dialogue between the Holy See and the Priestly Fraternity of Saint Pius X be conducted directly” by their congregation, the apostolic letter explained.

During the meeting “it was recalled that the fundamental problem is actually doctrinal … Because of this irreducible doctrinal divergence, for the past seven years no attempt to compose a draft of a doctrinal statement acceptable to both parties has succeeded. This is why the doctrinal question remains absolutely essential,” according to a SSPX statement.

The SSPX was founded by Archbishop Marcel Lefebvre in 1970 to form priests, as a response to what he described as errors that had crept into the Church after the Second Vatican Council. Its relations with the Holy See became particularly strained in 1988 when Archbishop Lefebvre and Bishop Antonio de Castro Mayer consecrated four bishops without the permission of St. John Paul II.

The illicit episcopal consecrations resulted in the excommunication of the bishops involved. The excommunications of the surviving bishops were lifted in 2009 by Benedict XVI, and since then negotiations “to rediscover full communion with the Church” have continued between the SSPX and the Vatican.

There were indications in recent years of movement towards regularization of the priestly society, which has some 600 priest-members.

In March 2017, Pope Francis gave diocesan bishops or other local ordinaries the authorization to grant priests of the SSPX the ability to celebrate licitly and validly the marriages of the faithful who follow the Society’s pastoral activity.

And in September 2015, the pope announced that the faithful would be able to validly and licitly receive absolution from priests of the SSPX during the Jubilee Year of Mercy. This ability was later extended indefinitely by Francis in his 2016 apostolic letter Misericordia et Misera.