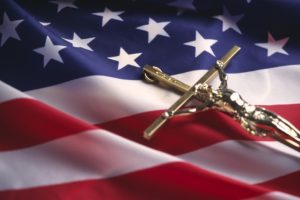 The justices declined last week to hear a legal challenge against a Mississippi law that protects citizens, small businesses, government employees, and charities from official discrimination by government if they believe that marriage is between one man and one woman.

The Mississippi law benefits people on both sides of the marriage debate because when a government can punish one group of citizens for dissenting from cultural orthodoxy, it can punish any group for any belief.

In declining to hear a case against Mississippi’s Protecting Freedom of Conscience from Government Discrimination Act (HB 1523), the Supreme Court let stand the 5th U.S. Circuit Court of Appeal’s decision in the face of challenges by the ACLU and Lambda Legal.

Now a year after HB 1523 was passed, Mississippians know they are free to live according to their religious beliefs about marriage without fear of losing their livelihoods.

It’s a victory in a battle that never should have happened in the first place. HB 1523 was a direct response to the threat of anti-religious discrimination after the Supreme Court redefined marriage in Obergefell v. Hodges.

During oral arguments for Obergefell, Obama administration Solicitor General Donald Verrilli was asked whether religious institutions could lose their tax-exempt status owing to their beliefs about marriage.

Although Justice Anthony Kennedy wrote in his majority opinion in Obergefell that those who believe that marriage is between a man and a woman do so based on “decent and honorable premises” and that “neither they nor their beliefs are disparaged here,” Verrilli’s comments told a different story.

Verrilli’s remarks signaled that the government could use its powers to tax and spend to force its views of marriage upon citizens.

In the two and a half years since Obergefell, activists, local and state governments, and federal authorities have treated the belief that marriage is between one man and one woman with… READ MORE>>