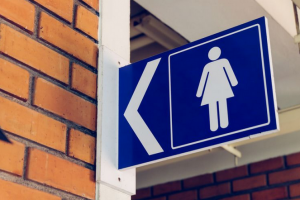 CNA—A Christian college in Missouri sued the Biden administration last week over an order requiring single-sex dorms or bathrooms to be available to members of the opposite biological sex.

The College of the Ozarks, a Christian liberal arts college, claimed that an executive order from President Joe Biden would require the college to violate its religious beliefs.

Legal experts warned that the order, by redefining sex discrimination, could pose far-reaching consequences for women-only accommodations such as sports teams, locker rooms and bathrooms, and shelters.

In its implementation of the order in February, the U.S. Department of Housing and Urban Development (HUD) determined that – pursuant to the order – it would now interpret federal housing laws that prohibit sex discrimination to also include sexual orientation and gender identity as protected classes in housing.

“Religious freedom is under attack in America, and we won’t stand on the sidelines and watch.”

—Dr. Jerry C. Davis, president of College of the Ozarks

In a lawsuit filed on behalf of College of the Ozarks, attorneys for the group Alliance Defending Freedom argued that the directive would force the Christian college to violate its beliefs, as the college would be subject to the Fair Housing Act.

The new agency rules would require biological males identifying as transgender females to not be denied access to female dorms or bathrooms – a violation of the school’s religious standards, ADF said.

“For decades, the College has prohibited male students from living in female dormitories, and vice versa, regardless of whether those students identify with their biological sex. The College likewise separates intimate spaces such as showers and bathrooms in its dormitories,” the April 15 lawsuit said.

In a statement, ADF Senior Counsel Julie Marie Blake said the government “cannot and should not force schools to open girls’ dorms to males based on its politically motivated and inappropriate redefinition of ‘sex.’”

“Women shouldn’t be forced to share private spaces—including showers and dorm rooms—with males, and religious schools shouldn’t be punished simply because of their beliefs about marriage and biological sex,” Blake said.

“Government overreach by the Biden administration continues to victimize women, girls, and people of faith by gutting their legal protections, and it must be stopped,” he said.

Dr. Jerry C. Davis, president of College of the Ozarks, said in an April 15 statement, that “Religious freedom is under attack in America, and we won’t stand on the sidelines and watch.”

“To threaten religious freedom is to threaten America itself,” Davis said. “College of the Ozarks will not allow politicians to erode this essential American right or the ideals that shaped America’s founding.”

HUD did not immediately respond to a request for comment on the lawsuit.

The College of the Ozarks was founded in 1906 by a Presbyterian minister. The school says it provides jobs for students to help defray the costs of their tuition, with donor-funded scholarships covering the rest of the cost.