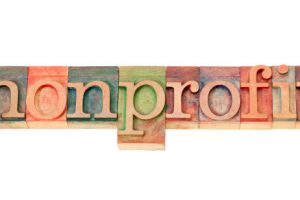 A Quick Summary of what this article covers includes the following:

Religious nonprofits face unique concerns in this time of crisis. In addition to options available through Small Business Administration loans and payroll relief programs, religious nonprofits also may find financial assistance in some of the lesser known CARES Act provisions.

Prior to this modification to § 2204, charitable donations were only deductible from one’s Adjusted Gross Income (AGI) if the taxpayer chose to itemize his or her deductions.i

In addition to providing the dollar value reduction in AGI, the tax deductions can also reduce the amount of a taxpayer’s income subject to one’s highest marginal tax rate. Below is a table showing the value of this deduction for married filers filing jointly.

Although the dollar amount of these deductions is relatively small on an individual taxpayer level, the value for religious tax-exempt organization is in the aggregate: this new tax incentive to make charitable donations impacts over 130 million tax filers. Even if only 50% of taxpayers take advantage of this deduction, their donations would represent $19.5 billion in charitable contributions!

A major benefit of the charitable deduction being above-the-line is that many states use a taxpayers’s federal AGI as a starting point for state income tax calculations. ii  This change has an immediate effect for taxpayers in states that incorporate the most current version of the Internal Revenue Code (“IRC”) into their state tax code by reference.

Of states which use federal AGI or federal taxable income as their starting point, 18 states and the District of Columbia incorporate the most current version of the IRC.iii  Thus, for taxpayers of these 19 jurisdictions, 2020 charitable contributions will automatically result in tax savings on both their federal and state tax returns.

Below are two examples showing….Read More>>

Kevin is a third-year Cornell law student. This article originally appeared on Napa Legal Institute blog page and is republished with permission. NLI’s educational resources should not be used as a substitute for the advice of an attorney or law firm. NLI does not and cannot provide advice, opinions, or guidance about legal matters. For more information go to Napa Legal Institute .