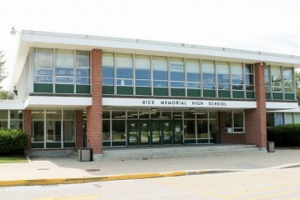 Vermont maintains a Town Tuition Program, which provides educational vouchers for students who live in the towns that lack public schools. Students at public and secular private schools are eligible, and so are home-schooled students, but students at religious private high schools are excluded.

In a ruling Wednesday (June 2, 2021),  the U.S. Court of Appeals for the 2nd Circuit struck down a state prohibition on tuition funding for religious students and religious schools who brought a lawsuit against state officials.

The court’s opinion comes after it previously issued a mandate that stopped local school districts from excluding the students, who attend religious schools, from the state program.

The Second Circuit court issued its mandate after Alliance Defending Freedom attorneys requested it on behalf of four Catholic high school students, their parents, and the Roman Catholic Diocese of Burlington. The court’s mandate ends more than 21 years of discrimination in Vermont’s program.

“Today the court powerfully affirmed the principle that people of faith deserve equal access to public benefits everyone else gets,” said ADF Legal Counsel Paul Schmitt. “Once Vermont chose to subsidize private education, it could not disqualify some private schools solely because they are ‘too religious.’ When the state offers parents school choice, it cannot take away choices for a religious school. The U.S. Supreme Court’s Espinoza decision last year reaffirmed as much and built on its decision in the ADF case Trinity Lutheran Church of Columbia v. Comer. For too long, Vermont unconstitutionally forced families to choose between exercising their religion or enjoying a publicly available benefit.”

The state’s Town Tuition Program provides educational vouchers for students who live in towns that lack public schools. Towns that pay tuition for their students instead of maintaining a public high school are called “sending towns,” and they directly provide tuition on behalf of their students to any private school that the family chooses. Students may use this benefit at any public school or secular private school, but the towns denied the benefit to students who chose religious private high schools. That included Rice Memorial High School, which the Roman Catholic Diocese of Burlington owns and operates.

“Four years ago, the Supreme Court reminded states that it ‘has repeatedly confirmed that denying a generally available benefit solely on account of religious identity imposes a penalty on the free exercise of religion that can be justified only by a state interest of the highest order…,’” the 2nd Circuit wrote in its opinion.

The court opinion continues: “Last June, the Court clarified that this rule does not allow a state to apply a state constitutional prohibition on aid to religion that would ‘bar[] religious schools from public benefits solely because of the religious character of the schools….’ The Court emphasized that ‘[s]tatus-based discrimination remains status based even if one of its goals or effects is preventing religious organizations from putting aid to religious uses’ and that a state cannot justify discrimination against religious schools and students by invoking an ‘interest in separating church and State more fiercely than the Federal Constitution….’”

“The officials who administer Vermont’s Town Tuition Program…nevertheless continued to discriminate against religious schools and students in violation of the First Amendment…” the opinion continues. “The Supreme Court has made clear that the prevailing practice in Vermont—maintaining a policy of excluding religious schools from the TTP—is unconstitutional.”

Thomas E. McCormick, one of more than 3,700 attorneys allied with ADF, is serving as co-counsel for the students, their parents, and the diocese in A.H. v. French, filed in the U.S. District Court for the District of Vermont.

For those unfamiliar with the work of ADF, Alliance Defending Freedom (ADF) is an alliance-building, non-profit legal organization committed to protecting religious freedom, free speech, parental rights, and the sanctity of life.