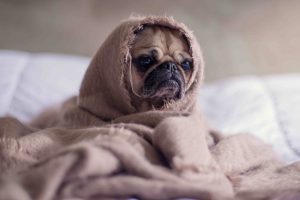 On Sickness and Grace

None of us are prepared for illness. As an ongoing Team-in-Training participation with the athletic arm of the Leukemia & Lymphoma Society, I can’t tell you how often I’ve heard personal stories of shock transforming into courage in the face of a cancer diagnosis.  Each time I’m amazed, humbled, inspired.

There are no predictors. No way to prepare. Teen. College student. Young mother or father. Middle age and thriving at work. Old age.  Rich.  Poor.  None of it matters.

Sure, a heavy smoker or an epicurian eater might be more inclined to know the odds of avoiding some disease isn’t in his or her favor, but still, the time, the place and the specifics are unknown.

Even a nasty virus can wipe you out for a week or more, without warning.  Even more disrupting, such a simple annoying illness could trigger the discovery of something more serious.

Such was the case last week when my mother, who is rarely sick, contracted an aggressive virus.  The results prompted this article.

Zinc, Vitamin C, rest, sleep, liquids, Vicks — all the usual remedies — helped a bit but did nothing to quell the pathogen. By the end of Day 3, the heavy cough sounded “off.”  The patient was miserable.  That said, doctor, urgi-center and ER (a guaranteed six-hour commitment and exposure to more microbes and drama than imaginable) were rebuffed.

Sure enough, morning arrived and things looked better.  But by late afternoon, not so much.  Again, options rebuffed and calls to an influential cousin were unanswered.  Tomorrow morning it was agreed to seek aid, maybe.

Tomorrow morning came.  And went.  I had an early afternoon business meeting.  By 4 pm, the cousin had returned home from a trip, heard mom on the phone, and took her to the closest ER.  I met them there.

By 11 am the next morning (yes, a long night), mom’s transport to the proper hospital was completed and now sharp cardiologists were able to determine the likely cause of what had become CHF (Congestive Heart Failure).  Her aortic valve had narrowed from “moderate” to “severe,” causing the heart to get weak from working so hard, which in turn caused the back-up of fluid in the lungs.

She needs a TAVR heart valve replacement.  They do those on Thursdays.

Meanwhile, a series of tests to ensure mom was ready for the surgery ensued.  All results were good except yesterday’s extensive evaluation regarding possible artery blockage.  One artery had 80% blockage. They did a stent on the spot.  Scary stuff.

In between the seriousness of the situation and many ongoing prayers, we joke that mom went in for a quick tune-up and is ending up with an engine overhaul.  That’s still two days away. We hope and pray it goes well!

Life happens. It just does.

Nothing I’ve shared is new to you.  You’ve each been through these episodes where illness catches you or a loved one short.

And yet. There it is.

Less than five years ago, everyone’s favorite cousin, Tony — you know, the person about whom you ask whether or not he is going to a be at a family gathering so you can evaluate your own decision (admit it) — died.

He was merely doing what he did all the time.

But on that one night, an illegal father of two was driving drunk with his cousin, fell into a road rage incident and took off the freeway in a frenzied chase.  He sped down a side street at, police estimate, 55 to 60 mph (home security videos caught the headlights). He blew through a stop sign and T-boned my dear cousin, pushing him up into a parked car that jumped the curb 7 feet back. My cousin’s car spun off and back another 30 feet facing the small, now severely damaged truck of the perpetrator.

Even worse, the perpetrator and his passenger fled the scene.

Local news aired the tragedy at least four times during the week; a testimony to the consequences of road rage.

The driver was found and jailed a few days later.  With blood alcohol not able to be tested and the passenger unwilling to explain the multitude of beer cans or to testify to the driver’s drinking, no DUI could be added to the crime, so the sentence seemed minimal.

Where is Grace, God, Hope?

Grace is in the little things.  The things you don’t notice every day.

It’s in finding yourself in a single bed room — a near miracle — when you end up having to spend the night in ER.

It’s discovering — and fixing — 80% artery blockage when you went in for the flu.

It’s in the forced time for reflection on your life and priorities that you’d been putting off. Now it’s front and center. That’s a grace.

It’s in the forced acceptance that you’re not in control, and that Someone Who knows and loves you better than you know and love yourself is in charge (and always has been), but you forgot about Him a little too much in the past.

It’s the glorious renewal of a good Confession and maybe Annointing of the Sick / Last Rites.

Greater appreciation of our loved ones, and of people around us.

Greater sense of purpose and focus, gratitude and appreciation for simple things we take for granted otherwise.

It’s in the repentance of the drunk driver who asks to speak through an interpreter to the family, is allowed to do so, and expresses his deep sorrow and how he never stops thinking about what he did and begs his victim every day to forgive him.   Hopefully it will lead to changed habits forever.

Even in our minor setbacks and illnesses, God opens our hearts to see what we didn’t see before. Those moments have value beyond all our imagining — if we allow it. Not to mention, of course, that all these situations keep us on our knees — for ourselves or for others.

As Alfred Tennyson wrote, …”more things are wrought by prayer than this world dreams of…”  and prayer is grace..