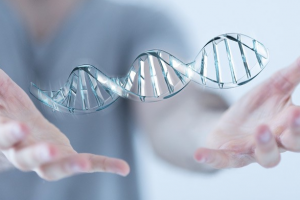 In 2008, the National Institutes of Health announced that $190 million had been earmarked for epigenetics research over the following five years. In announcing the funding, government officials noted that epigenetics has the potential to explain mechanisms of aging, human development, the origins of cancer, heart disease, and mental illness, as well as several other conditions.

Even when you’ve inherited genes from your biological parents, they might or might not be active in your own makeup. When a gene activates, that’s called “genetic expression.” It turns out that genetic expression can be affected by your experiences and even by your thoughts and feelings.

At its most basic, epigenetics is the study of changes in gene expression that do not involve alterations to DNA.

Genes can be thought of as the blueprints that provide the design for the human body and for how it develops. The word genome — a combination of the words gene and chromosome — refers to the genetic information of any organism. The human genome is often called the “map” of our DNA.

However, genes don’t make decisions about what they do or whether they’re turned on or off.

An article in Discover magazine put it this way: “A human liver cell contains the same DNA as a brain cell, yet somehow it knows to code only those proteins needed for the functioning of the liver.”

More recent discoveries show that the epigenome can and does change during your entire lifetime.

Alterations are made in response to your environment, which includes your surroundings, life experiences, diet, personal behavior, and even beliefs and perceptions (the placebo effect).

In other words, your epigenetic markers can be rewritten, which means that you can modify the instructions your genes receive.

How does it work?

Proteins in the epigenome act as the building contractor that does the work of building the organism. You can change those proteins with epigenetic signals.

In our mental health


Some epigenetic signals are in your brain, such as beliefs and perceptions. That’s because your perception of any given thing, at any given moment, can influence your brain chemistry.

Changes in your brain chemistry influences the chemistry of your blood, which in turn influences your cells and controls the expression of your genes.

In other words, your thoughts and perceptions have a direct and significant effect on the genes and their proteins in your cells.

Epigenetics encourages the belief that problems caused by our behavioral genes can be fixed by our mind. The NIH (National Institutes of Health) division of Health and Human Services includes a National Center for Complementary and Alternative Medicine (NCCAM). The NCCAM division reports on a wide variety of health products and practices.

In the U.S., about 40 percent of our disposable income goes to alternative and complementary health therapies (as defined by the NCCAM) such as acupuncture, massage therapy, spinal manipulation, Tai chi, qi gong, and so on. These mind-body therapies are not accepted as mainstream Western medical remedies since scientific evidence of their effectiveness is lacking. Any positive results from these therapies are generally thought to be due to the placebo effect.

When a fake treatment — a sugar pill or a saline solution — improves a patient’s condition just because the patient expects it to work, we call that the “placebo effect.” It demonstrates the power of the mind.

These studies clearly illustrate that our thoughts and feelings are much more powerful than we often realize.

In order for cells to respond positively, however, they must be given the right mental intervention and perceptual thought signals. The NCCAM lists mindfulness and hypnosis among alternative therapies, and there is a growing awareness and evidence of their effectiveness.

Even further, we Catholics also know that the lives of many saints, spanning more than 2,000 centuries, give irrefutable testimony to the power of consistent prayer, meditation and intimate relationship-building with Our Creator, Our Lord and Saviour and his works, of “placing ourselves in his presence,” as St. Teresa of Avila puts it, has resulted in remarkable feats, courage, life-changing transformations and even miracles — not ultimately by our hand of course, but through our co-operation with God.

In our physical health

Ethan Watters, in Discover magazine, wrote that “back in 2000, Randy Jirtle, a professor of radiation oncology at Duke University, and his postdoctoral student Robert Waterland designed a groundbreaking genetic experiment that was simplicity itself. They started with pairs of fat yellow mice known to scientists as agouti mice, so called because they carry a particular gene—the agouti gene—that in addition to making the rodents ravenous and yellow renders them prone to cancer and diabetes. Jirtle and Waterland set about to see if they could change the unfortunate genetic legacy of these little creatures.

“Typically, when agouti mice breed, most of the offspring are identical to the parents: just as yellow, fat as pincushions, and susceptible to life-shortening disease. The parent mice in Jirtle and Waterland’s experiment, however, produced a majority of offspring that looked altogether different. These young mice were slender and mousy brown. Moreover, they did not display their parents’ susceptibility to cancer and diabetes and lived to a spry old age. The effects of the agouti gene had been virtually erased.

“Remarkably, the researchers effected this transformation without altering a single letter of the mouse’s DNA. Their approach instead was radically straightforward—they changed the moms’ diet.”

In this experiment and in many others through the years, it has been shown that consistent good nutrition can enhance good, vibrant health—regardless of our inherited genetic make-up— by “telling” our genes which “switches” to turn on or off.

Even more remarkable is that whatever epigenetic changes made in a person’s body transfer to future generations. Talk about inspiration and hope for those of us who have been far from perfect in our nutritional habits. What we do today and in the future can and will make a positive difference in us, and in those around us!

Learn more, including more about epigenetic nutrition, in the links below. As the Psalmist wrote, “…we are fearfully and wonderfully made…”

Culled by Cathy Fairbairn with Hope in a Can.