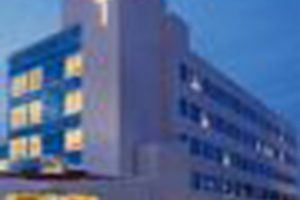 By Kevin J. Jones
WASHINGTON, D.C. (CNA/EWTN News)—A research paper that depicts the growth of Catholic health care as a threat to reproductive health ignores the attraction of Catholic hospitals and downplays the ethical concerns about procedures like abortion and sterilization, one commentator has said.
The number of hospitals that are Catholic-sponsored or Catholic-affiliated has increased 22 percent from 2001 to 2016, including through mergers or changes of ownership. This growth is the focus of a September 2017 working paper from the National Bureau of Economic Research, “Medically Necessary but Forbidden: Reproductive Health Care in Catholic-owned Hospitals.”

“The ‘problem’ that the authors of this study are examining results from the fact that Catholic hospitals and Catholic healthcare systems have been remarkably successful in America’s competitive market,” Edward Furton, an ethicist with the National Catholic Bioethics Center, told CNA Sept. 18.

“Catholic hospitals tend to be better managed, are governed by a sense of social duty, perform greater amounts of charitable care, and have strong ethical safeguards in place to protect their patients.”

Furton attributed the growth of Catholic healthcare to patients’ appreciation for these features.

The National Bureau of Economic Research is an  influential domestic policy think tank based in Cambridge, Mass. Its working paper estimated that the expansion of Catholic hospitals reduces by 30 percent the annual rates per-bed of inpatient abortions. The rates of tubal ligations or sterilizations drop 31 percent.

Elaine Hill, a co-author of the working paper, is a professor of health economics at the University of Rochester School of Medicine and Dentistry. She said access to procedures is part of how to “reduce unwanted pregnancy.”

“Policies addressing the ways in which ownership of hospitals might impede access could be very beneficial to the population of women affected,” she told STAT, a health, medicine and scientific research publication from Boston Globe Media.

Furton, however, said the working paper was written by “a group of economists, not healthcare workers.” He questioned the paper’s use of the phrase “medically necessary but forbidden.”

“Neither abortion nor permanent sterilization can be properly described as a medical necessity. They are typically chosen for reasons other than maintaining health,” he said.

“Often times, studies such as this are designed to highlight supposed impediments to health care access within Catholic institutions. In other words, they suffer from an inherent bias,” he added. “In this case, the authors assume that all Americans want unlimited access to abortion and sterilization. That is obviously not true.”

He also defended the presence of Catholic ethics in health care.

“Many people see the reduction in abortion and sterilization as positive goods. The authors assume that denying access to these ‘services’ represents a moral failing of some sort, but not many people would agree,” he said.

“Abortion is obviously of great concern to most people, and few among the general public are fooled by the claim that the lack of sterilization procedures in Catholic hospitals is going to affect contraceptive use among American women,” said Furton. “Contraception is widely available and the refusal to offer permanent sterilizations in Catholic hospitals is not going to change that fact.”

The study estimated that there are about 9,500 fewer tubal ligations each year because Catholic hospitals do not perform them. It charged that this represents “a substantial cost to women, who must subsequently rely on other, more inconvenient suboptimal forms of contraception.”  It claimed that black and Hispanic women were disproportionately affected by these restrictions.

The same working paper found that Catholic hospitals showed no statistically significant increase in complications from miscarriages or sterilization procedures.

Data used in the study came from the states of Arizona, Florida, New Jersey, California, New York, and Washington.

The study said that Catholic ethics are not always followed or it would have found a 100 percent reduction in abortions and sterilizations.

Furton said it is regrettable that not all Catholic hospitals follow Church teaching. However, he suggested that some of the procedures cited in the paper’s data could reflect actions that would not violate Catholic ethics.

“For example, some of what the authors of this paper would call abortions are in fact actions in which the child is unavoidably lost while the medical team is performing a procedure that has some hope of saving either the child, the mother, or both. These should not be classified as abortions. They are justifiable under the principle of double effect.”