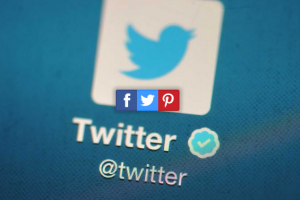 Just look at a recent protest at Michigan’s statehouse over re-opening the state’s government. The demonstration is protected by the First Amendment, but a post encouraging people to participate was silenced by Facebook.

The social media giant reportedly yanking it because the event didn’t urge participants to stay in their cars or wear masks as state guidelines require.

Another case involves a video of a press conference given by two California doctors that went viral.

After testing 5,000 patients for COVID-19, Dr. Dan Erickson and his colleague concluded California’s lockdown policies were creating more damage than the disease in their part of the state.

“Do we need to still shelter in place? Our answer is emphatically no,” Erickson said during the press briefing.

They suggested only the vulnerable should be quarantined while other Californians go back to work using guidelines like social distancing, wearing masks, and avoiding large crowds.

Their video garnered more than five million views before YouTube took it down due to content “that explicitly disputes the efficacy of local health authority recommended guidance on social distancing that may lead others to act against that guidance” according to a company statement offered to local media.

Dr. Erickson tells CBN News his motivation was to simply discuss the trends his office discovered.

“I just wanted to say this is what those of us on the front lines are seeing. I know there’s guys in Washington and they’re using predictive models and that’s fine, but I said locally this is what I’m seeing,” he says.

“You know, nobody reads the fine print when they sign up and they don’t understand that they’re dealing with a big private company that retains control over its platform,” Hans von Spakovsky with The Heritage Foundation tells CBN News.

In other words, the freedoms Americans have to air their opinions in the real public square don’t always apply here and that’s a problem, especially when it comes to censoring information about the ever-changing pandemic.

Also, the censoring can often feel one-sided since it’s conservative viewpoints that are routinely shut down.

“Many of these social media organizations are frankly acting as if the American people are children – they are our parents who know better and they should censor what we see and write. I have a lot more faith in the American people,” Spakovsky says.

Dr. Erickson says his goal was and remains to be part of the solution of caring for patients and getting healthy Californians back to work.

“Let’s not bicker amongst each other and rip away our communication. Let’s focus on using a rational approach to get Americans working again,” he says.

Prager University sued YouTube for blocking a number of its viral videos. Most recently a federal appeals court in Seattle found YouTube is not a public forum subject to the First Amendment.