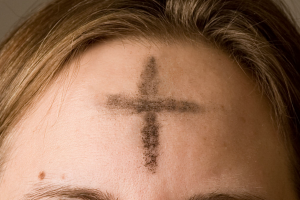 CNA—A school district in Utah has issued an apology after a fourth-grade student was told by a teacher that he must remove the cross from his forehead on Ash Wednesday.

William McLeod, a student at Valley View Elementary School in Bountiful, Utah, arrived at school with ashes on his forehead in the shape of a cross, a custom for Catholics at the beginning of the Lenten season.

He told Fox 13 that he was the only pupil with ashes at the school. Other students were curious about them, he said, and he explained the Ash Wednesday custom when they asked.

But then McLeod says, his teacher Moana Patterson confronted him about the ashes, telling him they were inappropriate and that he needed to remove them.

Despite McLeod’s objections, Patterson made him remove the ash cross with a sanitizing wipe, said his grandmother Karen Fisher.

“He went to see the school’s psychologist crying,” Fisher told the Associated Press.  “He was embarrassed.”

The school has released a statement of apology, saying that the matter is being taken very seriously. Patterson has been placed on administrative leave, and additional disciplinary action is being considered.

“The actions were unacceptable,” district spokesman Chris Williams said, according to the Associated Press. “No student should ever be asked or required to remove an ash cross from his or her forehead.”

Fox 13 reported that the teacher met with the principal after the incident, and a phone call was made to the family. McLeod later received an apology letter with some candy from Patterson.

Jean Hill, government liaison for the Diocese of Salt Lake City, told the Associated Press that mistakes occur, and that the event was a positive opportunity for interreligious dialogue. Catholics are a minority in the predominantly Mormon state of Utah.

“The diocese is also very grateful to the young student who used the situation to educate his teacher about a part of his faith and its importance to him,” Hill said.

“Learning about one another is one way we build community across religious, political, racial, ethnic and other borders,” she added.