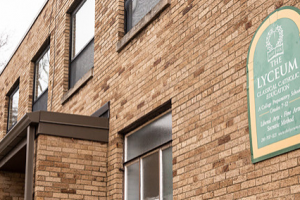 A Catholic School Stands Its Ground

Crisis—There have been plenty of examples of our secular culture’s antagonism toward Catholic education: from the Covington School-Nick Sandmann debacle, to activism against the admissions policies of Kansas City’s Catholic schools, and to numerous lawsuits by employees fired from Catholic schools for moral indiscretions.

The greatest danger in these situations is not the secularist’s desire to be rid of authentic Catholic schools—the Church has, after all, survived great repressions and persecutions across the ages—but the possibility that poorly formed educators will readily compromise the formation of young Catholics, rather than risk public ridicule and marginalization.

Not so at The Lyceum, a private Catholic high school in South Euclid, Ohio. Faced with a fierce political and legal battle to preserve its consistent Catholic morality and worldview, the Lyceum is showing American Catholics what it means to stand and fight.

And in this case, Catholic education might just … Read More>>