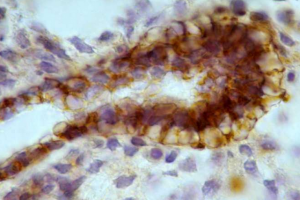 The Supply and Demand of Baby Body Parts to Universities—Who is Participating?

the special Select Investigative Panel of the Energy and Commerce Committee released its Final Report. The results of months of investigation, the special panel’s report addressed the involvement of Planned Parenthood in harvesting and possibly selling fetal tissue and organs harvested from aborted babies. Those results were summarized in Part One.

In examining the fetal tissue industry, the panel looked not just at the supply side– Planned Parenthood and other abortion clinics–but all the way up the chain to the demand side–to the universities and the researchers who were paying for and using tissue harvested from aborted babies. Though Democrats on the panel talked about the value of fetal tissue to research, the panel report rightfully pointed out that, overwhelmingly, the research community has been focusing its attention on more promising avenues that do not involve fetal tissue.

In the process of its investigation into the fetal tissue markets, however, panel investigators found just how deeply entrenched many of the nation’s top universities are in the abortion industry. . . .

Their dual roles mean not only that clinics gain the services of some top medical school faculty, but that medical schools are desensitized to the fundamental contradiction of medical care and abortion, which kills, not heals. Their core principles corrupted, they go so far as to send out their residents for training at these clinics, learning to perform late-term abortions, and perhaps even learning the in and outs of the fetal tissue procurement business.

This can’t be what medical schools, many of them state-supported, are supposed to be teaching.

The list of universities on the list of those ordering and using fetal tissue for research contains the names of some of the most prestigious institutions of higher learning in the country: Baylor, Dartmouth, Duke, Harvard, Johns Hopkins, Ohio State, Stanford, UCLA, University of Michigan, University of Miami, Vanderbilt, Yale, and many others. (See list below drawn from the “Final Report” of the Select Investigative Panel of the Energy & Commerce Committee, December 30, 2016, from pp. 175-7 & 254-5. Hereafter it will be referred to as “SPR.”)

As bad as it is that lauded researchers at America’s top universities are, like movie mad scientists, harvesting the organs of human beings for grisly medical experiments, there are institutions were the involvement has gone even further.

A New Regime in New Mexico

One of the things the select panel uncovered was a special relationship between the Southwestern Women’s Options clinic (SWWO) and the University of New Mexico (UNM). SWWO was not simply the sole provider of fetal tissue to UNM, but also one of the locations where UNM residents and fellows performed abortions.

Twenty years ago, abortions simply weren’t performed at UNM, except in rare cases where the mother’s life or health was at risk or there what the panel termed a “fetal anomaly.” [This is not to endorse abortions under such conditions, but it illustrates how far UNM has fallen.] Prior to 2000, the panel’s report notes, when abortions were performed, “nursing personnel and anesthesiologists often were unwilling to participate” (SPR, p. 236).

That changed when, over objections of upper-level hospital administrators, an administrator and another… Read More>>