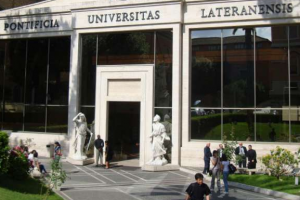 The Pontifical John Paul II Institute issued a statement Monday, defending recent changes at the school. But some students and faculty members say that explanations do not address the full picture of issues at the theological institute.

“The academic project of the new Institute, approved by the Congregation for Catholic Education, is designed as a widening of reflection on the family, and not as a replacement of themes and topics. Such expansion, showing even more the centrality of the family in the church and in society, confirms and relaunches with new vigor the original and still fruitful intuition of St. John Paul II,” the July 29 press release said.

The statement aimed to respond to concerns raised by students, alumni, and faculty members of the Institute following the recent approval of its new statutes, or governing documents. The new statutes were called for in 2017, when Pope Francis reestablished the institute, broadening its focus from theology to include “family sciences.”

The Institute was initially founded in 1981 as a center for the study of Christian anthropology and theology, especially in light of the philosophical ideas expressed in Pope St. John Paul II’s “Love and Responsibility,” and the set of his teachings that eventually came to be called the “Theology of the Body.”

When Pope Francis legally refounded the Institute two years ago, he said he hoped its work would be “better known and appreciated in its fruitfulness and relevance.”

Adding a focus on the social sciences, he said, would be an expansion of “the field of interest, both in terms of the new dimensions of the pastoral task and the ecclesial mission, as well as in the development of human sciences and the anthropological culture in such a crucial field for the culture of life.”

The July 29 press release acknowledged that while a chair of fundamental moral theology at the school will no longer exist, changes made to the institute’s curriculum are intended to ensure that “moral doctrine of marriage and family,” and “theological ethics of life,” remain a part of the institute’s coursework.

Fundamental moral theology is already required in the “first cycle” of theological studies required for admission to the Institute’s graduate programs, the press release said.

But a professor at the Institute told CNA that scholarship in the field of fundamental moral theology has been a long-standing part of the school’s identity, and that other subjects also covered in the first cycle, such as Christian anthropology, remain a part of the Institute’s curriculum.

The professor, noting that Humanae vitae is not expressly mentioned in the Institute’s new statutes, said that the school’s chair of fundamental moral theology was established at the Institute’s inception, at the insistence of the school’s founder, Pope St. John Paul II.

Regarding concerns raised about faculty dismissals, the press release said that because of its partnership with the Pontifical Lateran University, the Institute has reduced its number of course offerings, and therefore not retained some professors, “according to a policy of consistency and economy.”

Some professors may be eligible for rehire, according to the future faculty needs of the Institute, the press release said.

Also dismissed is Fr. Jose Noriega, DCJM, a professor of moral theology at the institute.

Noriega is the superior general of the Disciples of the Hearts of Jesus and Mary, a Spanish religious community of 24 professed members. The press release said that Noriega could not continue on the faculty because of a provision in canon law which forbids holding two ecclesiastical positions which are “incompatible.”

Noreiga’s term as superior general of the Disciples of the Hearts of Jesus and Mary ends in January 2020.

Noriega has served as superior for 12 years. The priest told CNA that during his years as superior, including three years under the Institute’s current administration, the issue has not been raised to him by anyone at the Institute.

Noriega also said that there is no proof that his faculty position is “incompatible” with a leadership position in his religious community. He noted that during the time he has held both positions, he also served as editorial director of the Institute.

The press release took issue with reports that a new hiring process will be centralized in the office of the Institute’s Grand Chancellor, Archbishop Vincenzo Paglia, noting that “the appointment of new permanent teachers must be done through an open competition.”

Such a competition, according to the statutes, is judged by a commission constituted by the institute’s president, a faculty member, and an external member nominated by the Grand Chancellor or a vice-chancellor. Tenured faculty members can veto the commission’s decision by a two-thirds majority.

The faculty member told CNA that because the chancellor appoints the Institute’s president, the composition of faculty hiring commissions remains subject to his influence and control, noting that only one member of hiring commissions, the one appointed by the faculty, would have independence from the administration’s preferences and intentions.

“Analysis of the statutes shows that the concentration of power in the hands of the Grand Chancellor is true,” the professor told CNA.

“All students were promptly informed of the news and reassured, in accordance with art. 89 of the statutes, about the three-year validity of the old curriculum. Everyone will be given the opportunity to choose between old and new systems and to draft any new plans of study.”

The faculty member said that while the Institute has told students they may continue in their preferred curriculum, changes to course offerings will make that impossible for those students who wish to continue with the Institute’s traditional theological offerings.

One of the letter’s organizers told CNA that, to date, 246 students and alumni have added their signatures to the letter through a website set up for that purpose. Organizers say they intend to publish the letter in the coming days.

A student at the Institute, herself among the authors of the letter, told CNA that while students received communication from the Institute’s administrators before they sent their letter, they have received no response to their concerns.

“We students have expressed our reactions of pain and our request for clarification, addressing the academic authorities, to understand, to know what is going on; to express our support to the professors that have been fired overnight –and it is the time to say it, by an academic institution only because they were spiritual and cultural heirs of John Paul II, only because they believe in the teachings regarding marriage and family from Humanae vitae.

With the new order and the new statutes, we don’t have changes that have been shared and agreed upon, but replacements and expulsions. We are witnesses to a true coup d’etat; it is not an integration and alignment of new courses and professors to what already exists and works, but instead the end of an era, with the expulsion of serious and thoughtful persons,” she added.