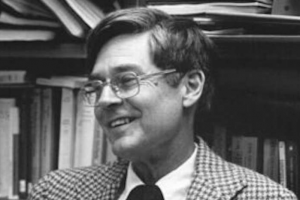 How a Kansas humanities program shaped a generation of Catholic leaders

Hope in the workplace!  Sometimes in our work, especially in our efforts to integrate our faith in every aspect of our work and decisions, it can feel like we’re fighting against windmills.  But we underestimate God’s ability to use our feeble efforts for his greater glory.  As Fr. Benedict Groeschel once told me, “God can shed light in the darkest corner.” While this story culled from CNA does not take place in the darkest corner, it is not far, and it is a raging, wonderful example of sustaining hope in the workplace regardless of where YOUR workplace is located or in which field it takes place! —Catholic Business Journal ed.

CNA—Almost 50 years ago, the University of Kansas established a new humanities curriculum. It lasted only about ten years. But those ten years inspired conversions, priestly vocations, and so many Catholic initiatives that the program is still leaving its mark on the life of the Catholic Church.

“The professors saw that the modern students who came to the university might be very bright academically, but their memories and imaginations were so affected by the modern world. They were sort of bankrupt when it came to the imagination,” said Conley, who attributes his conversion to Catholicism to the experiences and friendships that came out of the program.

“They began by appealing to the heart and to the imagination, and the students just responded,” he added.

“They were able to introduce these great ideas that colored and flavored the imagination, and students fell in love with learning and fell in love with wanting to know more of truth, goodness, and beauty,” Conley told CNA.

The project was led by three Catholic professors: John Senior (photo with this article), Dennis Quinn, and Frank Nelick. While each brought something to the table, the most famous is Senior, a professor of classics who wrote a number of well-known books, including “The Death of Christian Culture.”

Senior was born in New York in 1923. As a child, he wanted to be a cowboy. When he was13, he ran away from home to become a ranch hand. He worked in the Dakotas and in Wyoming, and he was shaped by his life on the plains – sitting around campfires, singing songs, and gazing at the stars.

When he attended Columbia University, he came under the influence of Mark Van Doren, a poet and an English teacher. Searching for meaning, Senior explored religions and philosophies, among them communism and eastern spirituality. He eventually discovered the writings of St. Thomas Aquinas and Blessed John Henry Newman.

Later that decade, he left a job at a college in Wyoming and began teaching at the University of Kansas.

Patrick Callahan, a classicist and the coordinator of a leadership and ethics program at Emporia State University, told CNA that Senior was known for his deep affection for poetry, sometimes even reciting bits of poems at random, and for his profound introspection.

Callahan also said the teacher had meaningful personal relationships with his students.

“He would work personally with students to help them get internships and apprenticeships in the manual arts as well. That is one way he would look for the dignity of the worker in all tasks, not just the intellectual life,” said Callahan, who ran a similar program on KU’s campus ministry during the 2010s.

The Integrated Humanities Program officially began in 1970, though a trial program began the year before. There were 20 students in the first year, and, by the second year, the program had 140 students.

The students of the IHP were given an education through classical literature, poetry, stargazing, and even waltzing lessons. Callahan said class lectures were complemented by experience, poetry memorization, and an effort to inspire within students an attitude of wonder.

“The idea of a way in which we can come to know the world in a poetic way through the imagination,” Callahan explained.

Kyle Washut, academic dean at Wyoming Catholic College, lamented a trend toward increasingly abstract specialization in academic research and teaching. He likened the situation to a professional astronomer who is unable to identify a single constellation in the sky.

“The love of ‘the real’ is also really important for John Senior. There is a sort of moral formation from being rooted in the land, rooted in this real direct experience, either through that raw encounter with nature or through a vicarious, poetic experience,” he said.

“[A person] has to go out and experience that world, look at that world, know that world as [their] own and then … engage with more careful reflection on that world,” Washut added.

The IHP was a two-year program for students. Its inclusion of classic literature and poetry fulfilled several core curriculum requirements at the University of Kansas, making it attractive even to students who might not otherwise seek out such a program.

Students read epics of Homer and Virgil, the philosophy of Plato, Greek and Roman historians, and the Bible. They also read St. Augustine of Hippo, St. Thomas Aquinas, Chaucer, Don Quixote, and Shakespeare.

Twice weekly, students would listen to the three professors discuss the texts together. As part of their weekly class, students would also engage in discussions, and conduct poetry recitations. Students took an immersive Latin class, which was based on rhetoric, rather than a more systematic approach to the language.

IHP was also renowned for its extracurricular activities, and seemingly unconventional methods of education. Students were encouraged to attend stargazing sessions, ballroom dances, and medieval banquets. Before every lecture, an upperclassman would teach the students a song, usually an English ballad or American folk melody.

The program has inspired similar initiatives, including Wyoming Catholic College. In 2005, the college was founded by Bob Carlson, who was a graduate assistant for IHP and an undergraduate student for Senior when he taught in Wyoming. Washut said Carlson was inspired by Senior and sought to create a similar experience.

“That humanities course, like it was at Pearson, it was not any one discipline, but it was a combination of literature, history, and even some philosophy text, and occasionally some theology texts, but all read with the goal of encountering them and engaging them in much the way that students would have engaged them at the IHP,” he said.

“[It is] a raw encounter with the natural realities as a necessary foundation for further studies. So we have a field science, we have a backpacking trip, we have a horse riding class,” he said.

IHP inspired conversions and religious vocations. The founding monks of the Benedictine Our Lady of Clear Creek Abbey in Oklahoma were students of the humanities program. After they graduated from KU, many students traveled abroad and discovered the Abbey of Our Lady of Fontgombault in France. Some of the travelers became monks in the order, and, in 1999, they returned home to establish a monastery in Oklahoma.

Coakley and Conley, who were roommates at KU, were spiritually inspired by the program.

Both bishops told CNA that they grew up with little interest in Christianity. Coakley was raised Catholic, but he said it was not until he entered the program that he appreciated his faith. Conley grew up going to Presbyterian church, but he said the program, especially the readings of Augustine and Newman, inspired him to convert to Catholicism during his junior year.

They described themselves as “70s kids,” who wore long hair and listened to rock music.  But they said that because of the IHP, they were captivated their freshman year by a world of beauty – full of literature, poems, music, and nature. It was the world of the IHP.

“It was an incredibly effective program, in terms of awakening a sense of wonder in students and a love for learning. In fact, the motto of the program was ‘Nascantur in admiratione’: ‘Let them be born in wonder,’” Coakley told CNA.

“The overarching theme was to immerse the students into the good, the true, and the beautiful, so that we might ask the big questions: ‘What is life all about?’ ‘What is death?’ ‘What is eternity?’ ‘What is evil?’ ‘What is good?” Conley reflected.

“We students began to look deeper into those perennial questions. And for many, like myself, it led us to our faith and to the Catholic Church,” he further added.

When asked about their favorite aspects of the program, both bishops said they enjoyed the literature, the poetry, and the adventures, but they especially appreciated the joy of a community unified by its pursuit of truth.

“This community was formed based on really deep study of those perennial truths as they were taught through literature, art, music, [and] architecture,” said Conley.

“I was with others who were on the same journey searching for the truth. That combined experience really changed my life.”

On Sept. 1, the memorial ceremony was held at the St. Lawrence Catholic Center, adjacent to the University of Kansas. A barbecue was held the day before.

Mass was offered by Archbishop Coakley, and concelebrated by Bishop Conley and some of the Clear Creek monks. After Mass, participants processed to the memorial, which was completed last November..

Sculpted from Indiana limestone, the memorial commemorates the founders, and depicts a scene from “Don Quixote,” – the famous battle with a windmill.