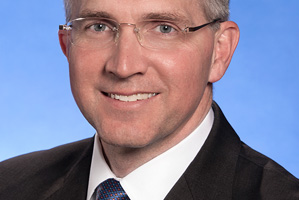 New Supreme Knight of Columbus Patrick E. Kelly has a Message for the Knights

The new Supreme Knight of the Knights of Columbus, Patrick Kelly, emphasized reverence for the Eucharist at his installation on Friday at St. Mary’s parish in New Haven, Connecticut.

In consecrating his administration of the Knights of Columbus to St. Joseph, Kelly pointed to the saint as the protector of Jesus – and called on Knights to do the same in reverencing and protecting the Eucharist.

“The example of St. Joseph teaches us how to be Knights of the Eucharist. He was the guardian of the first tabernacle — beginning with Mary herself when she bore Christ in her womb, and then in the home where he and Mary lived with Jesus,” Kelly said at his installation address on Friday.

“As Knights, we too are called to have a special reverence for Christ’s real presence,” he said. “The more we dedicate ourselves to Christ in the Eucharist, the more we will be a sign of unity in an age of division and disbelief.”

Kelly’s installation took place at a Knights’ meeting of state deputies on Friday, attended by leaders of the Knights from every U.S. state and from around the world.

Elected to the position of Supreme Knight in March, Kelly and other elected Knight officials were formally delegated their positions on June 11.

The ceremony began with Mass, celebrated by Archbishop William Lori of Baltimore, the Supreme Chaplain of the Knights.

Lori drew connections between the significance of the installation Mass occurring both in the year of St. Joseph and on the solemnity of the Sacred Heart of Jesus.

Earlier in the day, Archbishop Lori called on the Knights to lead the way on the bishops’ proposed Eucharistic Revival project, promoting devotion to the Eucharist in their communities.

He said that “it is incumbent upon us as Knights of Columbus, upon you as lay leaders in the Church, not only to support this effort but also to be in the forefront of advancing it, especially by bearing witness to the centrality of the Eucharist in your own life and in the life of your family, and in the life of the Church.”

In Kelly’s address, which took place at the conclusion of the Mass, he began by honoring the work of previous Supreme Knight Carl Anderson, who “consecrated his administration and the entire Order to Our Lady of Guadalupe.”

In similar fashion, Kelly consecrated his new administration to St. Joseph. He said it was a “special honor” to take office during the Year of St. Joseph.

The dual roles “both align with the vision of our founder and provide a model for how we as Knights must witness to the world,” he said.

Kelly highlighted St. Joseph’s humility and obedience in his fatherly sacrifice and service to his family. Quoting Pope Francis’ apostolic letter on St. Joseph, Patris Corde, he noted the saint’s “creative courage,” referencing the “unexpected challenges” he faced in his life.

“Catholic families are struggling to live out their faith and raise their children amid a culture that is increasingly hostile to our beliefs,” he said. “Catholic husbands and fathers, especially fathers of young children, need the encouragement and support of the Knights of Columbus.”

Kelly assured the Knights that they can inspire fathers with the courage to nourish their families in the faith.

“They need our witness and example to guide them in embracing their vocation to heroic generosity and self-sacrifice, for the good of their wives and children,” he said. “So let us, like St. Joseph, embrace our role as guardians of the family.”

Speaking about St. Joseph as the “guardian of truth,” Kelly acknowledged “the truth that Joseph protected had a name: Jesus Christ, who is the truth incarnate.”

Kelly proclaimed that the Knights must also serve Jesus as the truth. Noting the difficulty of serving the truth in the modern era, Kelly called the present a “time of bigotry and intolerance.”

“Key truths — truths about marriage, about life in the womb, about the nature of the family and the meaning of freedom — are often denied and even vilified,” he said. “Yet, this makes our commitment to truth all the more important.”

Kelly said the Knights will continue to be a sign of unity by standing for the truth. Referencing the Second Vatican Council, Kelly said that the truth is grounded in the Eucharist.

“We know that Jesus Christ is really, truly present — body, blood, soul and divinity — in the Blessed Sacrament. Committed to our principle of unity, let us strive to serve Christ in the Eucharist,” Kelly said.

He said the Knights are called to have a special reverence for the real presence of Christ in the Eucharist.

17 supreme directors and 56 state deputies were also installed at the celebrations. Following the installations, the archbishop led the new officers to new Supreme Secretary Patrick T. Mason in the back of the church and prayed for his canonization. 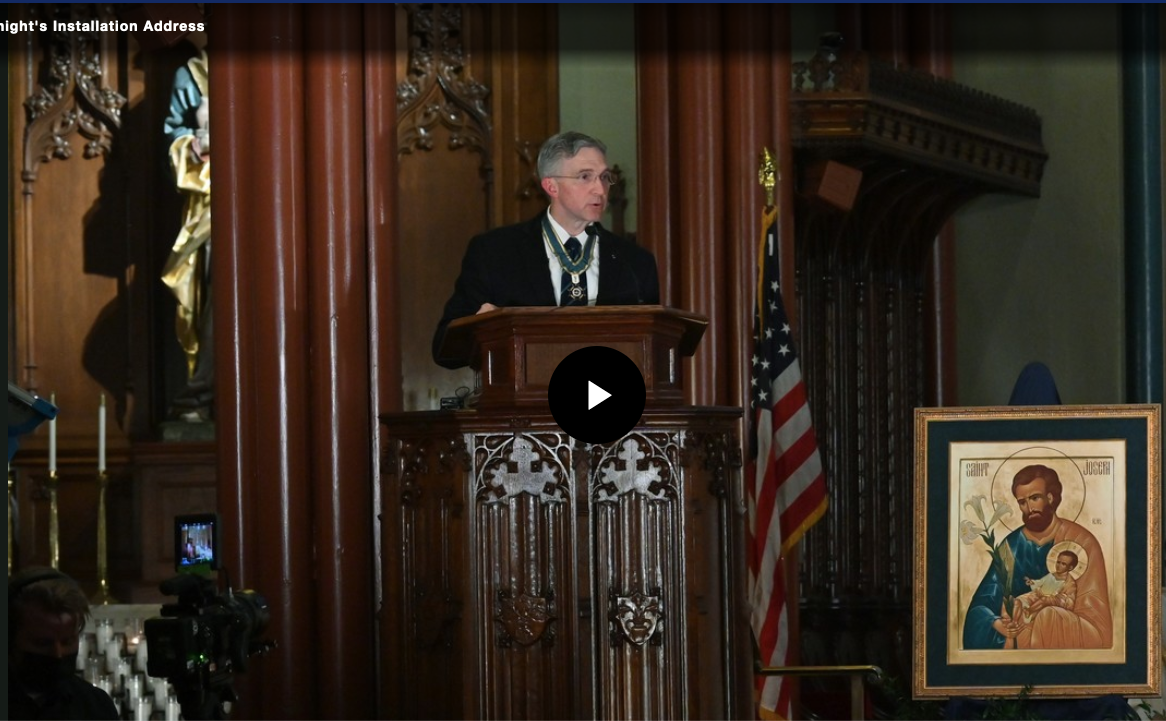 Click on Image above to view Supreme Knight of Columbus Patrick E. Kelly’s Installation address.  If this fails to work, go to: http://kofc.org/en//index.html