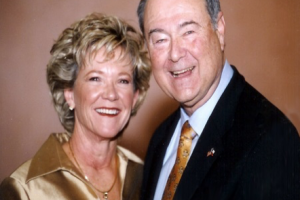 Texas native Tim VonDohlen, a long-time Catholic Business Journal columnist, is known as much for his business savvy and significant success as for his profound Catholic faith. That said, life has not always been smooth-sailing for Tim, nor for his wife, even though to meet either of them you would never know.

Born in Santiago, Chile, Tim’s wife, Pat, attended early school in the U.S. and the Philippines. She graduated from high school in Hawaii and from college at North Texas State University with a B.S. in Education. Pat taught kindergarten and other elementary grades for 24 years, and is currently a member of the National Board of Directors of Relevant Radio. She has two daughters and three grandchildren. Now the toughest part, Pat was widowed twice and lost a daughter in 2013. An avid reader, hiker, photographer and traveler, Pat’s connection with Tim happened much later.

In contrast to his wife’s abundant travels since her youth, Tim is a Texas man. He was reared in Goliad, Texas, where he graduated from high school and at the University of Texas in Austin, he earned two degrees; B. S. in Pharmacy and Juris Doctor.

For 14 years, Tim Von Dohlen served in the Texas House of Representatives, where he was Speaker Pro Tem and chaired major committees. He also served as Texas State Deputy of the Knights of Columbus and on the Supreme Council Board of Directors. He served on the State Republican Executive Committee, and as president of both the Rotary Club of Austin and the Austin Legatus Chapter.

Tim is in the investment business and he develops and operates senior housing and pharmacies. He endured the devastating loss his wife of more than 40 years with whom he has three married sons and 13 grandchildren.

Tim loves to hunt and fish and he and Pat share a passion for hiking and traveling, and for doing the kind of good that creates a lasting, positive difference in the lives of others. 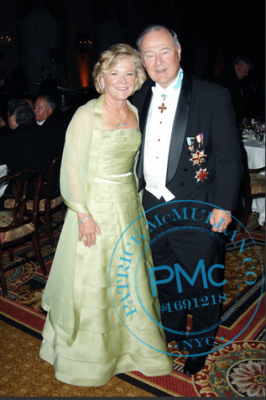 Pat and Tim met in 2005 after each had lost their spouse. As they put it, their wonderful marriage was the result of God’s blessings coming to them through faith and the guidance of the Holy Spirit. They believe that in life the Journey Is Everything, which happens to be the title of their upcoming book about their love story and life together, including their shared journey to bring hope to people who experience tragedy in their life.

Individual tragedies cause one to see how previous life is, they say. And, more than most, they strongly recognize the importance of spending time together and with family.

Pat and Tim are founders of the St. John Paul II Life Center and Vitae Clinic, a Pregnancy Help Center and state-of-the-art 3D/4D sonogram center where babies lives are saved and protecting human life is celebrated, and where a women’s Ob/Gyn medical clinic recognizes and honors the dignity of women and offers natural and holistic treatments.

CBJ:   If you could use only one word to describe your business and faith journey so far, what would it be, and why?

CBJ:    What is the best advice you would pass on to younger Catholic professionals?

Tim Von Dohlen:   God first, family second, and your business third. If you want to succeed, realize your Catholic faith will get you there if you take time to educate yourself and find the answer to the hidden secrets of the lives of other successful Catholics. When Pat and I married after each having lost spouses, we decided whatever we would do in the future we would do together. Being a team is one of the secrets to a wonderful marriage.