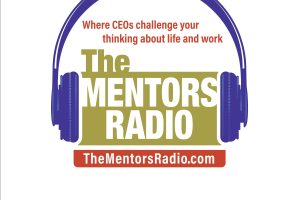 The Mentors Radio: John Sitomer and his South Florida Council of Dads INSPIRES!

For John, battling cancer has made him a better person and led him to discover his calling in life, namely, to mentor boys and girls who need a positive parental influence. You see, during John’s second bout with cancer, he didn’t know if he was going to make it or not. A friend gave him a book that ultimately changed his life, but he couldn’t even open the book or turn a page until about 10 months after he

received it! As you listen to the show, you’ll hear the whole story and it’s a WOW! that’ll certainly spark ideas and inspiration for YOU, wherever you are, in whatever business you’re in, in whatever situation you face.

John talks about “brotherhood” vs. “friendship,” about “Pay it Forward” vs. being a victim, and about the blessings of seeing inner-city kids being transformed into confident, positive, givers. He talks about the men who told told him they’d been waiting a lifetime for something like this (South Florida’s Council of Dads) where they can give! And… John talks about having NO fear!

The book John received, by the way, is The Council of Dads, written by another dad, Bruce Feiler, who had faced a similar situation as he also had battled cancer.

Listen to the show live in northern Callifornia on KTRB AM860, Saturdays at 1pm or streaming live on iHeart Radio… or tune-in anytime, anywhere, on any podcast platform—from Spotify and TuneIn to Apple and Google podcasts and everything in between. Learn more at TheMentorsRadio.com