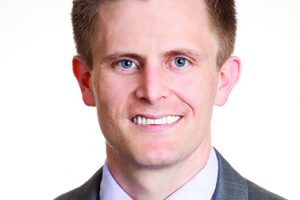 Frustrated With Your Career Transition? Fire St. Cajetan, Patron of the Jobless!

I’m not proud of it, but about halfway through a torturous four-month job search, I fired a saint.  That’s right—I canned him.  Gave him the pink slip.  Told St. Cajetan (Caj-uh-tan)—the 16th-century patron of the jobless, the selfless Italian priest who once founded a bank that lent to the poor to shield them from loan sharks, the one who was supposed to be advocating for me in the job market—that he should consider himself as unemployed as I was.

For months, I had asked for Cajetan’s intervention amid a souring economy and job market.  I was tired of the hopeless cold mornings in a tiny Connecticut Starbucks, where I would send out countless e-mails begging for a job, an interview, or a referral. In self-pity I   grew one of those mangy half-beards and would occasionally sleep until 10 am—woe was me.  Months earlier I had graduated with a Master’s degree from Columbia, had landed a writing internship with a financial publication in New York City, and had followed graduation with a week home in San Diego with family, where I proposed to the love of my life overlooking the Pacific Ocean.  And now, here I was, up to my stubble-face in student debt, with a wedding on the horizon, in the early stages of a heartless Connecticut winter—without an income.  To boot, I had just told a member of heaven to take a long walk off a short pier.

St. Cajetan hadn’t done much for me. He’d even teased me a little: on a few instances over those four months I got to throw on my charcoal suit, shave, and polish my shoes in preparation for several interviews that looked to be promising.  None of them ultimately were.  It therefore made sense to do what any performance-driven boss would do: I fired him, and I vowed never to trouble him with any of my inconvenient affairs again.

But he didn’t take the hint. He started whispering.

Through a mix of shame and desperation, I limped into the confessional booth several times amidst my self-absorbed sorrow.  The funny thing was, the more I heard those things the confessors drilled, the flowery mantras or impossible advice they offered, the more I actually believed them.  Keep praying.  Shave.  Pound the pavement.  Think of your fiancee.  This is an opportunity.  Listen.  Wake up early.  Exercise.  Keep walking.  Keep praying.  Fight.   Cajetan, meanwhile, kept whispering.

Beads, it turns out, are portable.  Before the pangs of joblessness even hit me, my fianceé and I had decided to get in the habit of keeping a rosary in our pockets.  And so with every interview, train ride, or meal they came to remind us that the person God listens to the most—His Mother—also listens to us, especially when times are ugliest.  And times were indeed ugly. I found, though, that every Hail Mary gave me courage in interviews, patience in Internet cafes, and perspective in disappointment.  I just had to ask.  The problem was, it was tough to keep asking when it seemed like the bullets of bad news kept coming.  But just as half of a community is simply showing up, half of prayer is having the beads in your pocket.  The whispering continued.

I mean, I didn’t have an excuse here.  My schedule was embarassingly open, so I took the 30 minutes per day in Mass to start leaning on God a little more because this was getting damn harder.  My relationships were going through some miserable growing pains and my pride had been butchered.  I kept asking, “How will I support a wife who’s in graduate school?  Will we have to cancel the wedding? What about my student debt? My apartment?  Why am I so…cursed?”

That’s when I heard something else that really stirred me. During a five-minute homily, one priest encouraged those in the pews to consider reaching out to migrant workers who congregated every day near the local train station looking for work.  Hailing originally from Guatemala and Honduras and Mexico, they started every bone-chilling morning on the side of a road, hoping to return home that evening to their children and wife with the fruits of a day’s labor, if they were lucky: a few dollars.  So I brought them coffee one Saturday afternoon.

We spoke very little—like me, my Spanish also needed work—but what they said resounded.  “God will bless you.”  “Do you go to church?” “God will provide.”

It’s really hard to feel sorry for yourself when you realize that the world around you is a gift.  Somehow these poor men found a way not to be wretched or proud in their Goodwill snow jackets, but to offer a humble thank you and a smile.  To them, as to all of us, life is a gift.  Healthy families, loving spouses, generous friends, an education, a home, a warm shower, an Internet connection or a cup of coffee on a subzero afternoon—they’re all blessings.  And sometimes it takes one of the worst financial crises in recent history to hammer home the point that we are unfathomably dependent on someone far greater than us.

The world will have us believe we are the masters of our own destinies:  being unemployed for months reminds us we are not.  We are, however, the masters of our choices and we can either use those months to grow sorrow-beards and wallow in gloom or we can approach each day with a perseverant sense of thanksgiving.

I chose both.  I prefer the latter.  In January, I was hired by a firm in New York City and was greeted there with an overwhelming sense of welcome and kindness.  My only regret is having fired the saint who helped make the whole journey there worthwhile.

I assume he’s not lacking for work right now.
—–

A 2006 Notre Dame alumnus, Ricky McRoskey recently graduated from the Columbia Graduate School of Journalism. He has written for Business Week, Silicon Alley Insider and the San Diego Daily Transcript, and posts a weekly article on life and culture in his blog, The Three Points. He currently writes for a New York-based financial firm.  Originally from San Diego, Mr. McRoskey now lives in Stamford, Connecticut and is looking forward to getting married in August 2009.