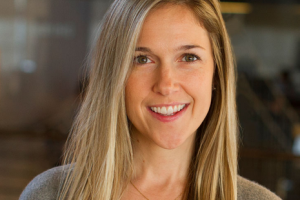 She Almost Lost Her Home In California’s Wildfires. Instead She Built A $200 Million Business

Culled from two excellent quick-read articles, one from Forbes and the other from 1BusinessWorld, learn how CEO Nikki Pechet’s current venture exemplifies launching a business by experiencing, identifying and solving a problem born of unexpected disaster, tragedy and struggle. More than that, a third, short piece, featured in My Morning Routine, showcases Pechet’s behind-the-scene habits of self-discipline that ensures family and what matters most in life remains first regardless of business demands.

1BusinessWorld —.After the Tubbs Fire destroyed thousands of structures in Northern California in October 2017, homeowners were scrambling to navigate a daunting process of rebuilding.

Nikki Pechet watched in horror as her friend, VC and tech exec Jack Abraham, and many others lost their homes.

In the aftermath, she witnessed people (including Abraham) struggling to manage “the dizzying process” of rebuilding.

“Even he was lost,” said Pechet, who had worked at Thumbtack for four years.

That’s when the idea for Homebound, which just raised a $35 million series B, was born. The pair, both having been affected by the wildfires in the same community, came together to build the stealth startup.

“People had insurance checks in their pockets and land to build on,” Pechet recalls. “It was overwhelming dealing with architects, designers, excavators and insurance teams throughout the process.”

On top of that…read more>>

Forbes—Homebound CEO Nikki Pechet, 38, grew up in Minnesota and learned to use a table saw and power drill in her uncle’s workshop in third grade. She met real estate developer Stephen Ross while studying at the University of Michigan and, after graduating, worked in Pepsi’s marketing department during the day and for Ross’ Related Companies on nights and weekends. She then received an M.B.A. from Harvard Business School and spent eight years on the road as a consultant for Bain & Company.

In 2014, pregnant with her first son, Pechet put down roots. She purchased a fixer-upper in San Francisco and began tracking every dollar and delivery in an Excel spreadsheet. Through her job running marketing for Thumbtack, a marketplace where homeowners can find professionals to lay tile or repair wiring, she began to see the value of combining the two ideas.

“I got to see what was possible using technology to match people who wanted to do work with people who needed work done,” says Pechet. But when the fires struck, Pechet, who also owns a home in Napa that nearly burned in a fire, saw that making an introduction was not enough for people starting from zero. Months away from giving birth to her third child, Pechet figured she would start a….Read the full story>>

My Morning Routine—this interview is from 2017, when Pechet was still doing marketing for Thumbtack, but it is nonetheless short, revealing and even inspiring regarding how she ensures what’s most important in life stays the top priority — in action, not merely words, as you can see from the short interview here>>