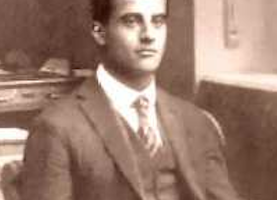 Numerous ministries, schools, youth camps and awards bear the name of the handsome and wealthy Italian Catholic activist who was equally known for his social justice concerns, his amiable character, his boisterous laughter and his accomplishments as an avid mountaineer.

Author Christine M. Wohar’s “Finding Frassati and Following His Path to Holiness” is meant to bring all the accomplishments of Frassati’s short life into a practical set of principles that can guide anyone, especially younger and restless souls, into reconciling the true joy of life with the straight and narrow way to Heaven.

Wohar is the founder of FrassatiUSA, a Nashville-based organization that works to promote the spirituality of Blessed Frassati and to further his cause for canonization, and she clearly knows her subject intimately, having spent extended periods of time in Pollone with members of the Frassati family, including Pier Giorgio’s younger sister and biographer Luciana.

“His friends called him an explosion of joy. Mountain climbing, music, practical jokes, and political debates were among his many passions,” the book’s editors write. “With film-star looks, commonsense intelligence, and amazing athleticism, Pier Giorgio Frassati had every reason to pursue worldly success. He chose to focus on higher goals instead.”

Identified as “the man of the eight beatitudes” and recognized as one of the most fascinating and relatable saintly examples of the 20th century, he was devoted to the Eucharist and the Blessed Mother and led a mostly hidden life of charity that ultimately cost him his life at the age of 24.

When his body was exhumed in 1981, it was found to be perfectly incorrupt. He was beatified in 1990. All three popes since then have commended this dynamic young Italian’s life to the Church – and especially to younger Catholics.

In the words of St. John Paul II: “I, too, in my youth, felt the beneficial influence of his example and, as a student, I was impressed by the force of his Christian testimony.”

In short, this is a book every parent should consider as the perfect present for teenage and young Catholic adults.