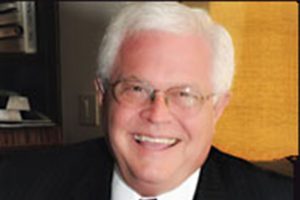 Every organizational leader of even average talent knows that an essential element of leadership is what we often refer to as “energy management.” In simplest terms, this means finding ways to instill positive energy in your employees and your customers while eliminating negative sources of energy, or at least re-channeling negative energy into positive directions or outcomes. Dealing with negative energy sources in organizations is comparable to dealing with a leaky hose or pipe. When a hose springs a leak you can try to put your thumb on it to stop the leak, you can turn off the faucet, or you can re-direct the spray in a direction that that doesn’t damage the immediate surroundings.
NFL leadership had similar choices in response to players choosing to kneel during the National Anthem. They could have quashed the behavior through disciplinary action, which in the current culture might have been messy. They could opt to not play the anthem at all, which would lead to permanent scorn.  Or they could listen to the protesting players’ concerns and help them find alternative strategies that are both constructive and patriotic to use their wealth and their celebrity to solve the society problems about which they say they are concerned. However, the NFL chose to barf on their brand by choosing to handle the situation in the pathetic manner they have. They didn’t even try to put a thumb on the leak. They’ve simply danced in the spray, and in the process kicked mud all over everything.
This generation of leaders will most likely be remembered as the brand-demolishers. It’s hard to imagine a time when more brands of great stature were tarnished through greedy and inept leaders who lacked empathy and understanding for their customer base. For examples consider Disney and ESPN. Disney Chairman and CEO Bob Iger should have “Brand Demolisher” as his epithet. Fortunately for him, however, he has now been eclipsed in this regard by Roger Goodell of the NFL.
Goodell’s response to the kneeling has been beyond pathetic. A leader with any skills at all would have responded to the very first incident by saying, “If you’re that concerned, let’s gather all concerned players, former players and coaches and use our communications experts and find a way to create a positive force to address these problems in a way that unites the country and shows true leadership.” Everyone would have supported such an initiative and the NFL would have strengthened its brand loyalty. Instead, Goodell and the mainstream media chose to treat this as a divisive issue about which everyone has chosen sides.
The problem is that the NFL core fan base is offended by having to watch a bunch of overpaid, self-entitled, patriotic pygmies insult America. According to Nielson, 56% of NFL fans are male and 44% are female. Also, 67% are white, while 13.6 are Hispanic, 12% black, and 6% Asian. More than two-thirds earn less than $100,000 annually, and 10.2 % have served in the military. This is strikingly similar to the profile of those who attend Trump rallies. Oblivious to this reality, Roger Goodell has positioned himself and the NFL as being superior to NFL fans, the President, and our nation at large. The bubble that Goodell—along with NFL owners and players—lives in has become so narcissistically removed from mainstream America that they’ve all lost touch with reality.
Deep-seated emotions surround these issues—emotions that NFL leaders have grossly underestimated. Sadly, they have damaged their brand to an extent that it won’t be restored during my lifetime. And it was completely unnecessary.

Dick Lyles is the CEO of Origin Entertainment, a Hollywood-based film production studio, a U.S. Navy veteran, the author and co-author of nine books, including some best-sellers, a sought-after management and leadership expert, and the former radio host of The Catholic Business Hour, that was produced by Catholic Business Journal and aired for eight years on the EWTN Global Radio Network. Read a more robust bio here. Mr. Lyles resides with his wife, Martha, in San Diego and may be reached at [email protected]