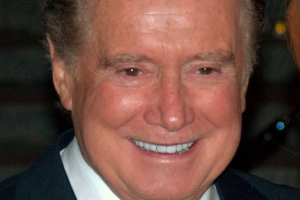 Regis Philbin Dead at 88: Catholic To The Core

CNA—Game show and talk show host Regis Francis Xavier Philbin died July 24 at 88. Philbin was a Catholic, and a longtime proponent and supporter of Catholic schools. He had a reputation as one of the hardest working persons in show business.

“I think it made a great difference. Solidified me….taught me an awful lot. Everything that I am right now I attribute to” Catholic education, Philbin said in a 2009 interview.

What made a difference at Catholic schools, he told reporters in numerous interviews, was formation in virtue, and in faith.

Before joining the Navy, and eventually making his way to Hollywood, Philbin attended the University of Notre Dame, and before that the Catholic schools in the Bronx, where he grew up.

“In the 1920s, my father was asked to leave Regis High School in Manhattan during his sophomore year. It was a Catholic school, and he had gotten into a fight with a priest or a brother. Years later, he was so sorry about what had happened that he and my mother named me Regis when I was born,” he told the Wall Street Journal in 2016.

Philbin was an altar boy while attending his parish elementary school, and as a child had dreams of becoming a singer. He went to Notre Dame at his father’s urging, after graduating from New York’s Cardinal Hayes High School in 1949.

After achieving success on television, Philbin became a regular benefactor to the Catholic schools in which he was educated, especially his high school.

The host gave supported students with scholarships to Cardinal Hayes High Schhol on an annual basis, and in 2000 gave the school $500,000 for an auditorium renovation.

The school named its auditorium for Philbin in 2010. During a Mass and celebration honoring Philbin, New York’s Cardinal Timothy Dolan called him “a man of faith, hope, and charity.”

Philbin enjoyed a decades-long friendship with former Notre Dame football coach Lou Holtz, who was well-known for his deep Catholic faith. Philbin said that Holtz inspired him to see beyond his failures, and encouraged him to be a good role model for younger people.

In an interview with the St. Anthony Messenger, Philbin said that he’d been known as a Catholic, and supported Catholic initiatives, during his long career, even though, he said “there is a wide chasm between the media and religion, especially the Catholic religion I think, but that’s just the way it is.”

At a moment of challenge, he said “you’ve just got to do a little prayer and hope for the best. I think your religion strengthens you in that regard.”