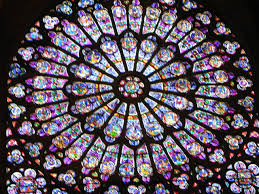 WILMINGTON, NC (CNA/EWTN News)—The John Paul II Foundation for the Sacred Arts is rethinking how the Catholic Church should fund well-crafted art. But why is good art in the Church important in the first place?

“When a piece of art, a beautiful church, a flower or a sunset not only strikes the eye but pierces the soul and fills one with a sense of wonder, that is transcendent beauty – it goes beyond mere aesthetic enjoyment to hint at the truth and goodness of being itself,” Father Michael Burbeck told CNA.

Fr. Burbeck serves as founder and director of the foundation, which was launched in March of this year. He explained that his own encounter with Europe’s beautiful architecture and sacred art brought him to convert to Catholicism and ultimately start the organization.

“Works of transcendent beauty have the potential to awaken the soul to the wonder of God, and so are evangelical in their own right,” he said. “This is what we mean by transcendent beauty: the beauty that flows from the goodness and truth of being itself.”

On the group’s website, Fr. Burbeck recalled on how beauty awakened this wonder of God, and enabled him to fall in love with the Church and with Jesus Christ.

Being able to stand before the dome of St. Paul’s Cathedral created by Christopher Wren or Michelangelo’s Madonna and Child and along with numerous images of the crucified Christ, the soon to be priest was motivated to give his life to the Church.

“Because of beauty, I found the Catholic Church, fell in love with her, and was convinced of the truth of her teachings.”

When he met artist Cameron Smith, Father Burbeck said that the two discussed a “crowd-sourced, entrepreneurial model” which relied on the beauty of an artist’s work to motivate donations.

“Either a work is ‘popular’ enough to be funded or it is not,” he said, explaining that the foundation’s board of directors will choose which artists to give grants to based on if the “artist is capable of and intent on producing a work in keeping with our mission.”

He said their mission is Catholic art which spreads the Gospel through beauty, but cautioned against the modern trend to reduce “beauty” to a particular time period or type, such as Renaissance or Contemporary.

Fr. Burbeck also noted the problem with reducing art to self-expression, wherein an artist’s attempt at honesty will often display a faulty idea of reality – one where his or her existence is “marked by brokenness and a lack of meaning.”

But as significant as these tendencies are in society today, the priest said the foundation is actually trying to combat two other problems: how art is treated in the church – namely, the dearth of original art – and the lack of funds to support faithful artists who create original works capable of moving viewers.

Unoriginal pieces of art, or catalog style as Fr. Burbeck described it, are not necessarily offensive but may be a poorly produced copy or a “mimic of existing works that may be competently executed but which fails to touch the soul.”

“That is why we partner with artists financially and promote works that are squarely in the great tradition, not copies, but drawing from the same inexhaustible well of beauty,” he said.

Fr. Burbeck foresees fundraising as a potential hurdle, but he also expressed an appreciation for the enthusiasm already taking place.

“Thankfully, there has been a great deal of excitement about the idea, it seems to fill an important niche, and we trust that the Holy Spirit is at work.”