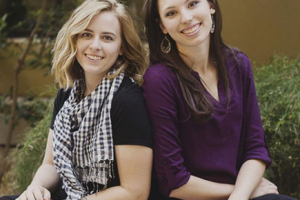 CNA—The Arizona Supreme Court ruled Monday in favor of two Christian artists who argue that they should not be forced to create custom artwork for same-sex weddings in opposition to their religious beliefs.

“The rights of free speech and free exercise, so precious to this nation since its founding, are not limited to soft murmurings behind the doors of a person’s home or church, or private conversations with like-minded friends and family,” the court ruled. Rather it said, “these guarantees protect the right of every American to express their beliefs in public. This includes the right to create and sell words, paintings, and art that express a person’s sincere religious beliefs.”

Attorney Jonathan Scruggs, who had argued the case before the court, hailed the ruling in Brush & Nib Studio v. City of Phoenix as a victory for religious freedom.

“The government shouldn’t threaten artists with jail time and fines to force them to create custom artwork, such as wedding invitations, expressing messages that violate their beliefs, and that’s what the court has affirmed today,” said Scruggs, senior counsel with Alliance Defending Freedom.

Joanna Duka and Breanna Koski are the owners of Brush & Nib Studio. The pair creates custom artwork, such as wedding invitations and place cards with calligraphy and handpainting. The women say that their religious convictions forbid them from using their artwork to promote a message they disagree with morally.

The women were challenging Phoenix’s public accommodation law. Under the criminal law, they could face up to six months jail time, $2,500 in fines, and three years probation for declining to create artwork for same-sex weddings.

The city of Phoenix says declining same-sex weddings is an illegal act of discrimination based on sexual orientation, in violation of City Code Section 18-4(B). However, the women say that they will happily serve clients of any sexual orientation, but that they cannot promote all messages.

In a brief filed with the court, ADF argued that “Courts have long recognized individuals’ right ‘to hold a point of view different from the majority and to refuse to foster…an idea they find morally objectionable.”
The brief warned that imposing on the right to refrain from speaking or supporting a certain message poses a threat to all people, regardless of belief.

A lower court had ruled against Duka and Koski. Scruggs said the Arizona Supreme Court was right to overturn the lower ruling.

“Joanna and Breanna will now be able to create custom wedding invitations and to communicate about their beliefs without fear of government punishment, as any artist should be free to do,” he said. “This isn’t just a victory for them. It’s a victory for everyone.”