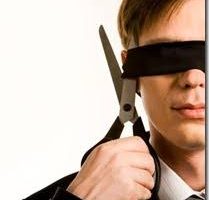 Editorial: The Only Way to Break the Walls of Silence about Clergy Sex Abuse is to Name It for What it is

When you name a thing squarely, it ceases its ability to deceive. It can no longer present itself in your understanding—or that of the public—as anything other than what it truly is. Then, and only then, can one find a genuine solution to any problem caused by that thing.

For example, if church leaders were to call out the predatory behavior of certain homosexually inclined clergy abusers for what it truly is—namely, predatory homosexual behavior—then these same church leaders could more swiftly and directly address the clergy sex abuse problem accurately. That is, they’d be able to genuinely solve the problem.

If on the other hand, those same church leaders were to fail or fall short of openly, candidly naming much of the recently headlined clerical sexual abuse for what it truly has shown itself to be, then the root of the problem is not revealed, nor is it addressed.

Not correctly identifying the root problem—or muddling it in truth-deflecting words—prevents anyone, including church leaders and decision-makers, from finding a genuine solution for both the problem and its consequences.

Simply put, without openly, squarely facing and identifying the problem of predatory homosexual behavior in some clergy who are so inclined, much of the clergy abuse problem is not likely to stop. Nor is it likely to be aggressively prevented in the future.

Some bishops recognize this need.

Cardinal Daniel DiNardo, president of the U.S. Conference of Catholic Bishops, has promised “unyielding vigilance” and an intensification of the Dallas Charter following the Vatican summit on the sexual abuse of minors.

“We owe survivors an unyielding vigilance that we may never fail them again,” DiNardo said. “How then to bind the wounds? Intensify the Dallas Charter.”

Bishop Joseph Strickland of Tyler, Texas, tweeted that prelates who “supported, promoted and are affiliated with “evil” disgraced ex-cardinal Theodore McCarrick must be called to account for their actions.

In January, Bishop Strickland seconded Archbishop Carlo Maria Vigano’s call on McCarrick to repent for his sins. “Once again as a bishop of the Church I add my voice to the plea of Archbishop Vigano,” the Texas bishop tweeted. “He speaks of ETERNAL SALVATION, language seldom heard throughout this nightmare.”

Cardinal Raymond Burke and Cardinal Walter Brandmulle wrote an open letter that was distributed to Vatican Abuse Summit participants in advance of the summit. They warned against the “plague of the homosexual agenda” and homosexual networks in the Catholic Church.

“The plague of the homosexual agenda has been spread within the Church,” which has been “promoted by organized networks and protected by a climate of complicity and a conspiracy of silence.”

At the root of the problem is a crisis of faith, they wrote: “But the first and primary fault of the clergy does not rest in the abuse of power but in having gone away from the truth of the Gospel. The even public denial, by words and by acts, of the divine and natural law, is at the root of the evil that corrupts certain circles in the Church.”

Archbishop Jose Gomez of Los Angeles responded to the Vatican’s summit on abuse by stressing the need for a renewal of fidelity within the entire Catholic Church.

“This crisis in the Church is an issue of accountability and transparency. But most importantly, at its heart, this is a crisis of personal fidelity,” he said in a Feb. 24 statement. “It is a crisis of not following Jesus Christ and not living the way he teaches us to live.”

Some laity recognize this need for transparent candor

Professor de Mattei is a university professor, editor-in-chief, Catholic and author in Italy. He also serves as a member of the Board of Directors of the Italian Historical Institute for the Modern and Contemporary Age and the Italian Geographic Society. The Holy See awarded de Mattei with the Order of Knighthood of St. Gregory the Great for his work with the Pontifical Council for Historical Sciences.

“If the summit of the presidents of the Bishops’ Conferences of the world gathered by Pope Francis limits itself to addressing only the abuse of minors, as the title of the summit indicates, without addressing, for example, the question of homosexuality in the Church, it will be a meeting destined to fail, because it will not address the true causes of the problem,” Professor de Mattei warned in a clear, calm and logical speech at a press conference given by an international group of lay Catholics who held a public demonstration in Rome, just outside the Vatican, on the day before the summit began.

Dr. Christian Spaemann also comes to mind, along with so many others in the pews.

“According to recent studies, only about 1.5% of men in the Western world consider themselves to be stable homosexuals,” says Dr. Christian Spaemann, a specialist in psychiatry and psychotherapeutic medicine. “Taken together with those who consider themselves bisexual, about 4.5% of men have a tendency to homosexual behavior. But more than 80% of abuse cases in the Church are homosexual. How can one look at those numbers and honestly conclude that the Church does not have a problem with homosexual conduct, or that such behavior does not have any causal relation to the scandal of abuse?”

“The problem of child abuse, which is to be the exclusive topic of the Abuse Summit, is thus only the tip of the iceberg,” Dr. Spaemann adds. “The dynamics of abuse proceed from homosexual networks, which have been able to spread unhindered within the clergy in recent decades.”