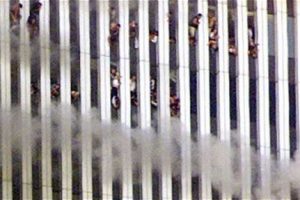 On September 11, 2001, during the attacks of that day in the U.S., a staggering 2,996 people were killed and more than 6,000 others were injured. Even so, these would just be horrific but faceless numbers were it not for the 24/7 streaming live media coverage of the attacks 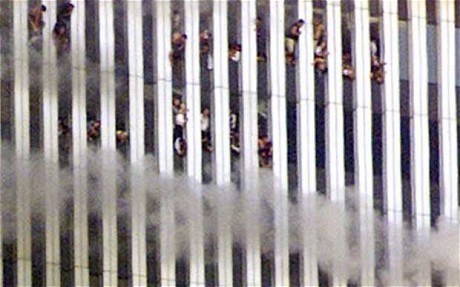 and, for me, the unspeakably horrific image seared into my brain forever of innocent men and women jumping to their certain deaths from the World Trade Centers’ upper floors. I can’t even write these words without a huge lump in my throat and tears. Not even now, 17 years later.

The number includes mostly civilians who just showed up for work that beautiful Fall day, and some of whom were on a flight for work or pleasure.

It also includes 343 fearless firefighters and 71 law enforcement officers—again, who were just doing their jobs, living their vocations—who died in the World Trade Center and on the ground.

The number killed includes, of course, the 19 terrorists.

Aside from the unspeakable honor, terror and life-changing, personal fallout for those immediately affected by the events of that day, the resulting waves of the impact continue for all who were there and who remember.

For example, in August 2013—a little more than a decade after the attacks—an article by Heidi Evans in the New York Daily News reported that medical authorities confirmed 1,140 people who worked, lived or studied in toxin-engulfed Lower Manhattan during and following the attacks were diagnosed with cancer resulting from “exposure to toxins at Ground Zero,” with more cancer diagnoses predicted.

Additionally, more than 1,400 rescue workers who responded in the days and months after the attacks have since died, and at least 11 pregnancies were lost as a direct result of the attacks. There is even a 9/11 Memorial honoring unborn babies, as reported in Newsday on September 1, 2011, ten years after the attack.

None of us are the same after that day. None.

For me, 9/11 is a time to remember the shortness of time and the length of eternity, and to renew my prayers for the souls of those departed, for those seared in my memory of 9/11, and for the Holy Souls in Purgatory. Our Lord and his Blessed Mother know who needs these prayers the most.

“Eternal Father, I offer You the most precious blood of thy Divine Son, Jesus, in union with the Masses said throughout the world today, for all the Holy Souls in Purgatory, for sinners everywhere, for sinners in the universal Church, for those in my own home, and in my family. Amen.” —St. Gertrude the Great