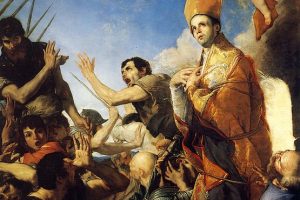 
27 Do not withhold good from those to whom it is due, when it is in your power to do it. 28 Do not say to your neighbor, “Go, and come again, tomorrow I will give it” — when you have it with you. 29 Do not plan evil against your neighbor who dwells trustingly beside you. 30 Do not contend with a man for no reason, when he has done you no harm. 31 Do not envy a man of violence and do not choose any of his ways; 32 for the perverse man is an abomination to the LORD, but the upright are in his confidence. 33 The LORD’s curse is on the house of the wicked, but he blesses the abode of the righteous. 34Toward the scorners he is scornful, but to the humble he shows favor.


2 He who walks blamelessly, and does what is right, and speaks truth from his heart; 3 who does not slander with his tongue, and does no evil to his friend, nor takes up a reproach against his neighbor; 4 in whose eyes a reprobate is despised, but who honors those who fear the LORD; who swears to his own hurt and does not change; 5 who does not put out his money at interest, and does not take a bribe against the innocent. He who does these things shall never be moved.


16 “No one after lighting a lamp covers it with a vessel, or puts it under a bed, but puts it on a stand, that those who enter may see the light. 17 For nothing is hid that shall not be made manifest, nor anything secret that shall not be known and come to light. 18 Take heed then how you hear; for to him who has will more be given, and from him who has not, even what he thinks that he has will be taken away.”

Reflection for the day: “The Neapolitans honour this saint as the principal patron of their city and nation and the Lord himself has continued to honour him, by allowing many miracles to be wrought through his intercession, particularly when the frightful eruptions of Mount Vesuvius have threatened the city of Naples with utter destruction. While the relics of St Januarius were being brought in procession towards this terrific volcano, the torrents of lava and liquid fire which it emitted have ceased, or turned their course from the city. But the most stupendous miracle and that which is greatly celebrated in the church, is the liquefying and boiling up of this blessed martyr’s blood whenever the vials are brought in sight of his head. This miracle is renewed many times in the year, in presence of all who desire to witness it; yet some heretics have endeavored to throw a doubt upon its genuineness, by frivolous and incoherent explanations; but no one can deny the effect to be miraculous, unless he be prepared to question the evidence of his senses.” — St. Alphonsus Liguori