Wednesday of the 18th Week in Ordinary Time 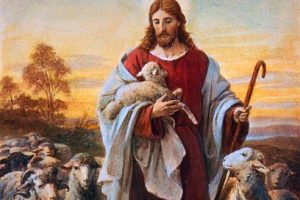 
13:1 The LORD said to Moses, 2“Send men to spy out the land of Canaan, which I give to the people of Israel; from each tribe of their fathers shall you send a man, every one a leader among them.” 25 At the end of forty days they returned from spying out the land. 26 And they came to Moses and Aaron and to all the congregation of the people of Israel in the wilderness of Paran, at Kadesh; they brought back word to them and to all the congregation, and showed them the fruit of the land. 27 And they told him, “We came to the land to which you sent us; it flows with milk and honey, and this is its fruit. 28 Yet the people who dwell in the land are strong, and the cities are fortified and very large; and besides, we saw the descendants of Anak there. 29 The Amal’ekites dwell in the land of the Negeb; the Hittites, the Jeb’usites, and the Amorites dwell in the hill country; and the Canaanites dwell by the sea, and along the Jordan.” 30 But Caleb quieted the people before Moses, and said, “Let us go up at once, and occupy it; for we are well able to overcome it.” 31 Then the men who had gone up with him said, “We are not able to go up against the people; for they are stronger than we.” 32 So they brought to the people of Israel an evil report of the land which they had spied out, saying, “The land, through which we have gone, to spy it out, is a land that devours its inhabitants; and all the people that we saw in it are men of great stature. 33 And there we saw the Nephilim (the sons of Anak, who come from the Nephilim); and we seemed to ourselves like grasshoppers, and so we seemed to them.” 14:1 Then all the congregation raised a loud cry; and the people wept that night.


6 Both we and our fathers have sinned; we have committed iniquity, we have done wickedly. 7 Our fathers, when they were in Egypt, did not consider thy wonderful works; they did not remember the abundance of thy steadfast love, but rebelled against the Most High at the Red Sea. 13 But they soon forgot his works; they did not wait for his counsel. 14 But they had a wanton craving in the wilderness, and put God to the test in the desert; 21 They forgot God, their Savior, who had done great things in Egypt, 22 wondrous works in the land of Ham, and terrible things by the Red Sea. 23 Therefore he said he would destroy them — had not Moses, his chosen one, stood in the breach before him, to turn away his wrath from destroying them.


21 And Jesus went away from there and withdrew to the district of Tyre and Sidon. 22 And behold, a Canaanite woman from that region came out and cried, “Have mercy on me, O Lord, Son of David; my daughter is severely possessed by a demon.” 23 But he did not answer her a word. And his disciples came and begged him, saying, “Send her away, for she is crying after us.” 24 He answered, “I was sent only to the lost sheep of the house of Israel.” 25 But she came and knelt before him, saying, “Lord, help me.” 26 And he answered, “It is not fair to take the children’s bread and throw it to the dogs.” 27 She said, “Yes, Lord, yet even the dogs eat the crumbs that fall from their masters’ table.” 28 Then Jesus answered her, “O woman, great is your faith! Be it done for you as you desire.” And her daughter was healed instantly.

Reflection for the day: “Ever since the days of Adam, man has been hiding from God and saying, ‘God is hard to find.’” — Venerable Fulton Sheen