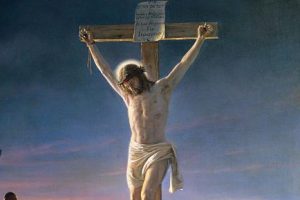 
16 Thus did Moses; according to all that the LORD commanded him, so he did. 17 And in the first month in the second year, on the first day of the month, the tabernacle was erected. 18 Moses erected the tabernacle; he laid its bases, and set up its frames, and put in its poles, and raised up its pillars; 19 and he spread the tent over the tabernacle, and put the covering of the tent over it, as the LORD had commanded Moses. 20 And he took the testimony and put it into the ark, and put the poles on the ark, and set the mercy seat above on the ark; 21 and he brought the ark into the tabernacle, and set up the veil of the screen, and screened the ark of the testimony; as the LORD had commanded Moses. 34 Then the cloud covered the tent of meeting, and the glory of the LORD filled the tabernacle. 35 And Moses was not able to enter the tent of meeting, because the cloud abode upon it, and the glory of the LORD filled the tabernacle. 36 Throughout all their journeys, whenever the cloud was taken up from over the tabernacle, the people of Israel would go onward; 37 but if the cloud was not taken up, then they did not go onward till the day that it was taken up. 38 For throughout all their journeys the cloud of the LORD was upon the tabernacle by day, and fire was in it by night, in the sight of all the house of Israel.


2 My soul longs, yea, faints for the courts of the LORD; my heart and flesh sing for joy to the living God. 3 Even the sparrow finds a home, and the swallow a nest for herself, where she may lay her young, at thy altars, O LORD of hosts, my King and my God. 4 Blessed are those who dwell in thy house, ever singing thy praise! [Selah] 5 Blessed are the men whose strength is in thee, in whose heart are the highways to Zion. 7 They go from strength to strength; the God of gods will be seen in Zion. 10 For a day in thy courts is better than a thousand elsewhere. I would rather be a doorkeeper in the house of my God than dwell in the tents of wickedness.


47 “Again, the kingdom of heaven is like a net which was thrown into the sea and gathered fish of every kind; 48 when it  was full, men drew it ashore and sat down and sorted the good into vessels but threw away the bad. 49 So it will be at the close of the age. The angels will come out and separate the evil from the righteous, 50 and throw them into the furnace of fire; there men will weep and gnash their teeth. 51 “Have you understood all this?” They said to him, “Yes.” 52 And he said to them, “Therefore every scribe who has been trained for the kingdom of heaven is like a householder who brings out of his treasure what is new and what is old.” 53 And when Jesus had finished these parables, he went away from there,

Reflection for the day: “The more a person loves God, the more reason he has to hope in Him. This hope produces in the Saints an unutterable peace, which they preserve even in adversity, because as they love God, and know how beautiful He is to those who love Him, they place all their confidence and find all their repose in Him alone.” — St. Alphonsus Liguori