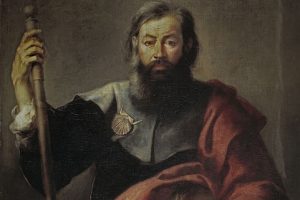 
7 But we have this treasure in earthen vessels, to show that the transcendent power belongs to God and not to us. 8 We are afflicted in every way, but not crushed; perplexed, but not driven to despair; 9 persecuted, but not forsaken; struck down, but not destroyed; 10 always carrying in the body the death of Jesus, so that the life of Jesus may also be manifested in our bodies. 11 For while we live we are always being given up to death for Jesus’ sake, so that the life of Jesus may be manifested in our mortal flesh. 12 So death is at work in us, but life in you. 13 Since we have the same spirit of faith as he had who wrote, “I believed, and so I spoke,” we too believe, and so we speak, 14 knowing that he who raised the Lord Jesus will raise us also with Jesus and bring us with you into his presence. 15 For it is all for your sake, so that as grace extends to more and more people it may increase thanksgiving, to the glory of God.


1 When the LORD restored the fortunes of Zion, we were like those who dream. 2 Then our mouth was filled with laughter, and our tongue with shouts of joy; then they said among the nations, “The LORD has done great things for them.” 3 The LORD has done great things for us; we are glad. 4 Restore our fortunes, O LORD, like the watercourses in the Negeb! 5 May those who sow in tears reap with shouts of joy! 6 He that goes forth weeping, bearing the seed for sowing, shall come home with shouts of joy, bringing his sheaves with him.


20 Then the mother of the sons of Zeb’edee came up to him, with her sons, and kneeling before him she asked him for something. 21 And he said to her, “What do you want?” She said to him, “Command that these two sons of mine may sit, one at your right hand and one at your left, in your kingdom.” 22 But Jesus answered, “You do not know what you are asking. Are you able to drink the cup that I am to drink?” They said to him, “We are able.” 23 He said to them, “You will drink my cup, but to sit at my right hand and at my left is not mine to grant, but it is for those for whom it has been prepared by my Father.” 24 And when the ten heard it, they were indignant at the two brothers. 25 But Jesus called them to him and said, “You know that the rulers of the Gentiles lord it over them, and their great men exercise authority over them. 26 It shall not be so among you; but whoever would be great among you must be your servant, 27 and whoever would be first among you must be your slave; 28 even as the Son of man came not to be served but to serve, and to give his life as a ransom for many.”

Reflection for the day: “For the new atheism is not like the old, theoretical atheism, which prided itself on being intellectually compounded of a little science, anthropology, and comparative religion. The new atheism is not of the intellect, but of the will; it is an act of free and eager rejection of morality and its demands. It starts with the affirmation of self and the denial of the moral law.” — Venerable Fulton Sheen