Monday of the 3rd Week of Easter 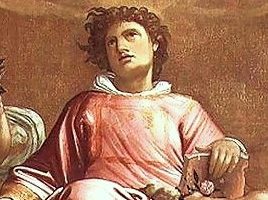 Reflection for the day: “Love is the most necessary of all virtues. Love in the person who preaches the word of God is like fire in a musket. If a person were to throw a bullet with his hands, he would hardly make a dent in anything; but if the person takes the same bullet and ignites some gunpowder behind it, it can kill. It is much the same with the word of God. If it is spoken by someone who is filled with the fire of charity–the fire of love of God and neighbor–it will work wonders.” — St. Anthony Mary Claret