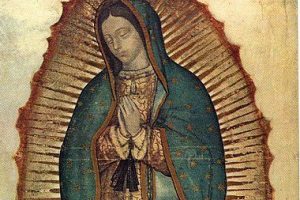 10 For God is not so unjust as to overlook your work and the love which you showed for his sake in serving the saints, as you still do. 11 And we desire each one of you to show the same earnestness in realizing the full assurance of hope until the end, 12 so that you may not be sluggish, but imitators of those who through faith and patience inherit the promises. 13 For when God made a promise to Abraham, since he had no one greater by whom to swear, he swore by himself, 14 saying, “Surely I will bless you and multiply you.” 15 And thus Abraham, having patiently endured, obtained the promise. 16 Men indeed swear by a greater than themselves, and in all their disputes an oath is final for confirmation. 17 So when God desired to show more convincingly to the heirs of the promise the unchangeable character of his purpose, he interposed with an oath, 18 so that through two unchangeable things, in which it is impossible that God should prove false, we who have fled for refuge might have strong encouragement to seize the hope set before us. 19 We have this as a sure and steadfast anchor of the soul, a hope that enters into the inner shrine behind the curtain, 20 where Jesus has gone as a forerunner on our behalf, having become a high priest for ever after the order of Melchiz’edek.

1 Praise the LORD. I will give thanks to the LORD with my whole heart, in the company of the upright, in the congregation. 2 Great are the works of the LORD, studied by all who have pleasure in them. 4 He has caused his wonderful works to be remembered; the LORD is gracious and merciful. 5 He provides food for those who fear him; he is ever mindful of his covenant. 9 He sent redemption to his people; he has commanded his covenant for ever. Holy and terrible is his name! 10 The fear of the LORD is the beginning of wisdom; a good understanding have all those who practice it. His praise endures for ever!

23 One sabbath he was going through the grainfields; and as they made their way his disciples began to pluck heads of grain. 24 And the Pharisees said to him, “Look, why are they doing what is not lawful on the sabbath?” 25 And he said to them, “Have you never read what David did, when he was in need and was hungry, he and those who were with him: 26 how he entered the house of God, when Abi’athar was high priest, and ate the bread of the Presence, which it is not lawful for any but the priests to eat, and also gave it to those who were with him?” 27 And he said to them, “The sabbath was made for man, not man for the sabbath; 28 so the Son of man is lord even of the sabbath.”

Reflection for the day: “Never tire of firmly speaking out in defense of life from its conception and do not be deterred from the commitment to defend the dignity of every human person with courageous determination. Christ is with you: be not afraid!” – St. John Paul II