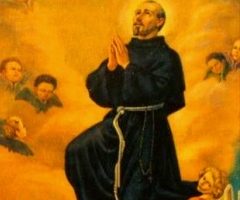 
10Say among the nations, “The LORD reigns! Yea, the world is established, it shall never be moved; he will judge the peoples with equity.” 11Let the heavens be glad, and let the earth rejoice; let the sea roar, and all that fills it; 12let the field exult, and everything in it! Then shall all the trees of the wood sing for joy 13before the LORD, for he comes, for he comes to judge the earth. He will judge the world with righteousness, and the peoples with his truth.


5And as some spoke of the temple, how it was adorned with noble stones and offerings, he said,6“As for these things which you see, the days will come when there shall not be left here one stone upon another that will not be thrown down.” 7And they asked him, “Teacher, when will this be, and what will be the sign when this is about to take place?” 8And he said, “Take heed that you are not led astray; for many will come in my name, saying, `I am he!’ and, `The time is at hand!’ Do not go after them. 9And when you hear of wars and tumults, do not be terrified; for this must first take place, but the end will not be at once.” 10Then he said to them, “Nation will rise against nation, and kingdom against kingdom; 11there will be great earthquakes, and in various places famines and pestilences; and there will be terrors and great signs from heaven.

Reflection for the day: ” For it is impossible that God and sin, however slight, should remain together, for such an impediment would prevent the soul from attaining to his glory. And as a little thing that thou hast in thine eye will not allow thee to see the sun, and as it is possible to compare the difference between God and the sun to that between the intellectual vision and that of the bodily eye, it is plain that the great opposition between the one and the other can never be truly imagined.”-St. Catherine of Genoa