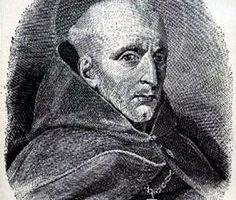 
1Then I looked, and lo, on Mount Zion stood the Lamb, and with him a hundred and forty-four thousand who had his name and his Father’s name written on their foreheads. 2And I heard a voice from heaven like the sound of many waters and like the sound of loud thunder; the voice I heard was like the sound of harpers playing on their harps, 3and they sing a new song before the throne and before the four living creatures and before the elders. No one could learn that song except the hundred and forty-four thousand who had been redeemed from the earth. 4It is these who have not defiled themselves with women, for they are chaste; it is these who follow the Lamb wherever he goes; these have been redeemed from mankind as first fruits for God and the Lamb,5and in their mouth no lie was found, for they are spotless.


1The earth is the LORD’s and the fulness thereof, the world and those who dwell therein; 2for he has founded it upon the seas, and established it upon the rivers. 3Who shall ascend the hill of the LORD? And who shall stand in his holy place? 4He who has clean hands and a pure heart, who does not lift up his soul to what is false, and does not swear deceitfully. 5He will receive blessing from the LORD, and vindication from the God of his salvation. 6Such is the generation of those who seek him, who seek the face of the God of Jacob. [Selah]


1He looked up and saw the rich putting their gifts into the treasury; 2and he saw a poor widow put in two copper coins. 3And he said, “Truly I tell you, this poor widow has put in more than all of them; 4for they all contributed out of their abundance, but she out of her poverty put in all the living that she had.”

Reflection for the day: “The first renunciation is that of material things, the second that of the passions, the third that of ignorance.”-St. Thalassios the Libyan