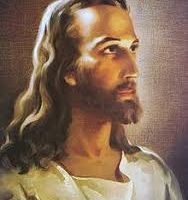 
6I am astonished that you are so quickly deserting him who called you in the grace of Christ and turning to a different gospel — 7not that there is another gospel, but there are some who trouble you and want to pervert the gospel of Christ. 8But even if we, or an angel from heaven, should preach to you a gospel contrary to that which we preached to you, let him be accursed. 9As we have said before, so now I say again, If any one is preaching to you a gospel contrary to that which you received, let him be accursed. 10Am I now seeking the favor of men, or of God? Or am I trying to please men? If I were still pleasing men, I should not be a servant of Christ. 11For I would have you know, brethren, that the gospel which was preached by me is not man’s gospel. 12For I did not receive it from man, nor was I taught it, but it came through a revelation of Jesus Christ.


1Praise the LORD. I will give thanks to the LORD with my whole heart, in the company of the upright, in the congregation.2Great are the works of the LORD, studied by all who have pleasure in them. 7The works of his hands are faithful and just; all his precepts are trustworthy, 8they are established for ever and ever, to be performed with faithfulness and uprightness. 9He sent redemption to his people; he has commanded his covenant for ever. Holy and terrible is his name! 10The fear of the LORD is the beginning of wisdom; a good understanding have all those who practice it. His praise endures for ever!


25And behold, a lawyer stood up to put him to the test, saying, “Teacher, what shall I do to inherit eternal life?” 26He said to him, “What is written in the law? How do you read?” 27And he answered, “You shall love the Lord your God with all your heart, and with all your soul, and with all your strength, and with all your mind; and your neighbor as yourself.” 28And he said to him, “You have answered right; do this, and you will live.” 29But he, desiring to justify himself, said to Jesus, “And who is my neighbor?” 30Jesus replied, “A man was going down from Jerusalem to Jericho, and he fell among robbers, who stripped him and beat him, and departed, leaving him half dead. 31Now by chance a priest was going down that road; and when he saw him he passed by on the other side.32So likewise a Levite, when he came to the place and saw him, passed by on the other side. 33But a Samaritan, as he journeyed, came to where he was; and when he saw him, he had compassion,34and went to him and bound up his wounds, pouring on oil and wine; then he set him on his own beast and brought him to an inn, and took care of him. 35And the next day he took out two denarii and gave them to the innkeeper, saying, `Take care of him; and whatever more you spend, I will repay you when I come back.’ 36Which of these three, do you think, proved neighbor to the man who fell among the robbers?” 37He said, “The one who showed mercy on him.” And Jesus said to him, “Go and do likewise.”

Reflection for the day: ” If a man loves someone, he naturally makes every effort to be of service to that person. If, then, a man loves God, he naturally strives to conform to His will. But if he loves the flesh, he panders to the flesh.” -St. Maximos the Confessor