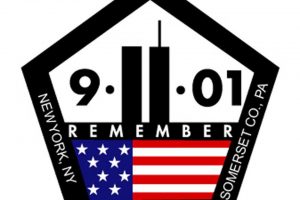 
1When one of you has a grievance against a brother, does he dare go to law before the unrighteous instead of the saints? 2Do you not know that the saints will judge the world? And if the world is to be judged by you, are you incompetent to try trivial cases? 3Do you not know that we are to judge angels? How much more, matters pertaining to this life! 4If then you have such cases, why do you lay them before those who are least esteemed by the church? 5I say this to your shame. Can it be that there is no man among you wise enough to decide between members of the brotherhood, 6but brother goes to law against brother, and that before unbelievers? 7To have lawsuits at all with one another is defeat for you. Why not rather suffer wrong? Why not rather be defrauded? 8But you yourselves wrong and defraud, and that even your own brethren. 9Do you not know that the unrighteous will not inherit the kingdom of God? Do not be deceived; neither the immoral, nor idolaters, nor adulterers, nor sexual perverts, 10nor thieves, nor the greedy, nor drunkards, nor revilers, nor robbers will inherit the kingdom of God. 11And such were some of you. But you were washed, you were sanctified, you were justified in the name of the Lord Jesus Christ and in the Spirit of our God.


1Praise the LORD! Sing to the LORD a new song, his praise in the assembly of the faithful! 2Let Israel be glad in his Maker, let the sons of Zion rejoice in their King! 3Let them praise his name with dancing, making melody to him with timbrel and lyre! 4For the LORD takes pleasure in his people; he adorns the humble with victory. 5Let the faithful exult in glory; let them sing for joy on their couches. 6Let the high praises of God be in their throats and two-edged swords in their hands, 9to execute on them the judgment written! This is glory for all his faithful ones. Praise the LORD!


12In these days he went out to the mountain to pray; and all night he continued in prayer to God.13And when it was day, he called his disciples, and chose from them twelve, whom he named apostles; 14Simon, whom he named Peter, and Andrew his brother, and James and John, and Philip, and Bartholomew, 15and Matthew, and Thomas, and James the son of Alphaeus, and Simon who was called the Zealot, 16and Judas the son of James, and Judas Iscariot, who became a traitor.17And he came down with them and stood on a level place, with a great crowd of his disciples and a great multitude of people from all Judea and Jerusalem and the seacoast of Tyre and Sidon, who came to hear him and to be healed of their diseases; 18and those who were troubled with unclean spirits were cured. 19And all the crowd sought to touch him, for power came forth from him and healed them all.

Reflection for the day: ‘Now is the time to suffer and to fight with humble submission, in order to purify and perfect yourself according to His Will, so that you may be worthy to accomplish His designs regarding you. What have you to fear, since His power surrounds you on all sides like an impregnable wall against the attacks of your enemies. Remember that when God wishes to purify a soul by suffering, no one can console or relieve it.’-St. Margaret Mary Alacoque